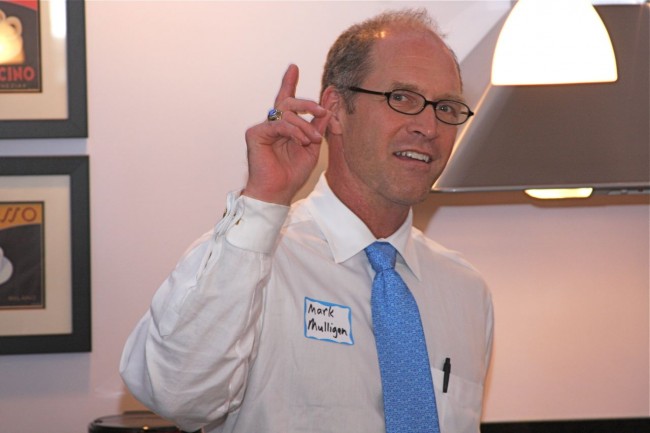 If you’re an HIV-negative gay man under the age of 46, AIDS researchers in Atlanta want your help with a vaccine study in 12 cities that will involve 1,350 men.

It’s an opportunity to get involved “in a real visceral way” with HIV vaccine research, beyond attending a fundraiser or donating to a worthwhile charity, says Mark Mulligan (photo), executive director of the Hope Clinic at the Emory Vaccine Center.

“We need lots of participation. It is an exciting time. A lot of people in Atlanta aren’t aware that this is going on in their backyard,” Mulligan says.

For the 505 study half of the participants receive the trial vaccine, which does not contain the HIV virus, while others receive a placebo injection. The study has an 18-month enrollment with participants receiving three to four shots over the first six months and less than 10 visits in the first year. After that, follow-up visits are quarterly. Volunteers receive a $50 stipend per visit.

About a dozen people have successfully screened and enrolled in the Hope Clinic portion of the study, which opened in August. But those efforts slowed when swine flu became a national emergency soon after and the clinic shifted gears to vaccine trials for the H1N1 influenza virus.

“Those are over and we are focused again on the HIV,” Mulligan says. “The only way we can move forward with HIV, like every other disease, is to do clinical trials. We rely on the community and the LGBT community, which has always been a big supporter. This is one of the great scientific quests of our generation.”

But the struggle to develop a vaccine is difficult and littered with setbacks.

“We’ve had many vaccines that did not proceed to advanced testing. We’ve now done five studies where we’ve asked if that vaccine can proceed. For the first four, the answer was no,” Mulligan says.

He hopes the answer to this trial is different. Mulligan draws from what seems like an endless well of optimism when it comes to the vaccine efforts even after two decades of providing care to people with HIV, seeing the first vaccine receive testing in 1988 and even taking part in a vaccine trial himself.

“We’ve been at this for about 20 years now and each time we do one of these studies, if it was well-designed and is a good study, we know we are learning. Each one of our participants is a hero because they are driving the field forward. My goal before I retire is to find a successful HIV vaccine. I am 50 now, so we have a little wiggle room. I am confident we are making progress,” Mulligan says.

For more information about the HIV Vaccine Trials Network 505 Study at the Hope Clinic, visit its website, call 877-424-4673 or {encode=”[email protected]” title=”email”} the center.