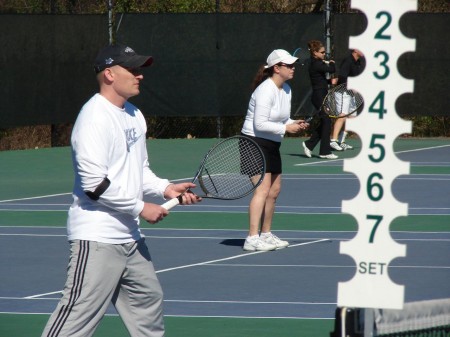 Swing by Piedmont Park this weekend and you’re likely to hear the unmistakable sounds of tennis balls being thwacked by rackets.

The Atlanta Team Tennis Association hits the courts from Thursday to Sunday for its annual Chattahoochee Doubles Classic, which last year attracted more than 100 gay and lesbian tennis players. Weather is expected to be much better than the 2008 event, which suffered through rain on opening night and frigid temperatures for the remainder of the competition.

The event returns to Piedmont Park for competition on Thursday, Friday and Saturday. On Sunday, it moves to the Glenlake Tennis Center in Decatur.

The tournament is open to ATTA members, though the group’s larger Peach International Tennis Championships in September is open to anyone. Admission is free, so stop by and catch some of the action.

View the Project Q Atlanta photo album from the 2008 event.