HIV tests may soon include details about PrEP 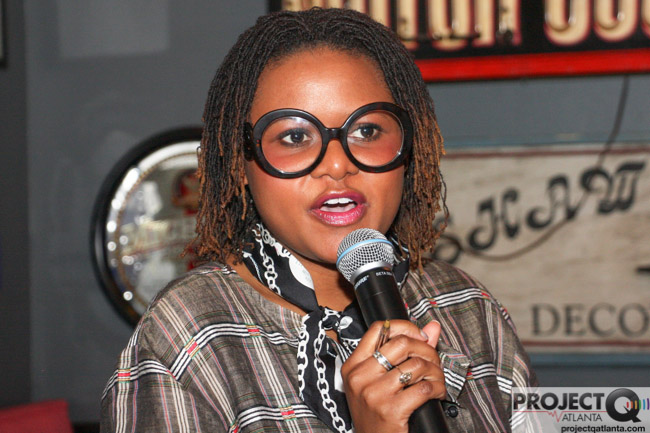 Two bills that deal with sexual health issues – including one that improves HIV education and access to information about PrEP – scored important legislative wins in the Georgia House.

One measure is likely to provide better information about HIV prevention to people when they receive an HIV test and the result is negative. The other allows doctors to prescribe medication to the partner of someone with chlamydia or gonorrhea without first examining the partner – a practice recommended by federal health officials to reduce the spread of STDs.

Despite the bipartisan support for the bill, Republicans on the committee moved to block its passage during the hearing last week. Instead, they pressed the Georgia Department of Public Health to implement the practices called for in the bill directly into agency policy.

Rep. Sharon Cooper, the Republican chair of the committee, said she didn't want the committee to vote on Cannon's bill for fear that it wouldn't be able to then pass the House Rules Committee, a necessary legislative step before a full House vote. Instead, Cooper pressed state health officials to implement the changes the bill recommends through their internal rules and regulations process.

“I have the prerogative as the chairman, and I am going to use that prerogative to not take a vote on this bill, and to go another way,” Cooper said after a motion to table the bill failed.

Tabling the bill would have likely killed the measure.

“If they don’t have these [rules] out in a very short period of time, David [Bayne] will be hearing from me,” Cooper said, referring to David Bayne, the governmental relations director for the state public health department.

Bayne, who attended the hearing, assured the committee several times that the agency would begin the process to implement the legislation the next day.

Cannon said after the hearing that she is pleased with the outcome.

“The chair of one of the most powerful committees down here at the State Capitol on the House side, went on record as saying that she wants not only the Department of Public Health, but this committee, to move forward with a dedication to the issues surrounding HIV,” she added.

Rep. Allen Peake, the Macon Republican best known for his support of medical marijuana, said after the hearing it would have been tough for Cannon and other supporters to get the bill approved in a GOP-dominated Gold Dome.

“It’s just tough for anyone in the minority party to get a bill passed – the harsh reality of politics,” Peake said.

“Rep. Cannon’s bill would have had difficulty passing out of Rules. The impact of Chairman Cooper’s influence on DPH cannot be underestimated. Her public commitment on the policy can almost be considered a mandate to enact the policy,” he added.

“PrEP provides 92 to 99 percent reduction of HIV risk for individuals who are HIV negative, and now PrEP is not being utilized by the people who are most of risk,” Sable Nelson, Policy & Advocacy Program Manager at Sister Love, told the committee.

“The primary reason why the access disparity exists between access and utilization of PrEP is really about lack of information,” Nelson added.

The Department will post the proposed rule change on its website and the public will have 30 days to comment before a public hearing is held. The rules will then be in place in public health clinics across the state.

Also on Feb. 28, the House easily passed a measure concerning expedited partner therapy. House Bill 360, a bill sponsored by Cooper, was approved 132 to 36. It now heads to the Senate, where last year a similar measure stalled.

“Normally the physicians have to see somebody before they order a medication, and sometimes it’s very hard to get the partner to come in,” Cooper told Project Q Atlanta last month.

“[EPT] allows one part of the duo to save face, and hopefully take the medicine and then make sure they are both clear so they are not just reinfecting each other,” she added.

Some 38 states currently allow the practice.