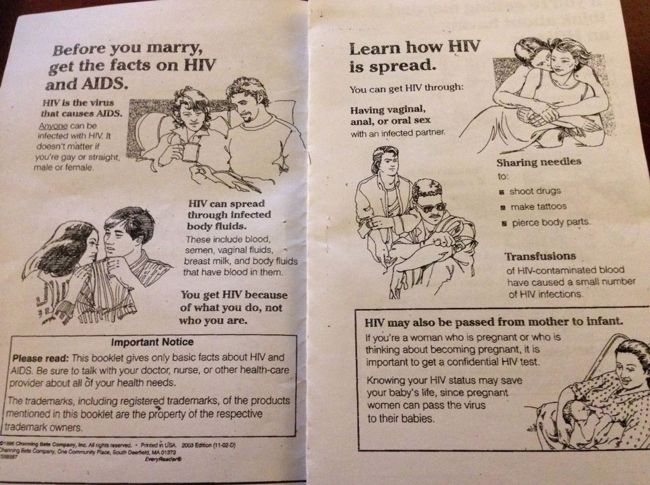 At least in DeKalb County, which handed out the years-old, eight-page HIV prevention brochure to a couple seeking a marriage license earlier this month. A straight couple because, well, Georgia.

So mullet. So Freddie Mercury. The brochure includes nuggets like this.

Anyone can be infected with HIV. It doesn't matter if you're gay or straight, male or female.

But it gets better.

Use a new latex condom.

A new one! Of course.

Pull out right after “coming.” Hold on to the condom as you pull out.

But the brochure saves its best for the page with the two guys getting ready to shoot drugs. Their resemblance to 1980s gay men from San Francisco is unmistakable. The text surrounding the two men drives home the point: “infected partner,” “shoot drugs,” and “pierce body parts.”

The brochure from the STD/HIV section of the Georgia Department of Human Resources, a division now within the state's public health department, says it was revised in 2002. Yet the gay stereotypes are ageless. 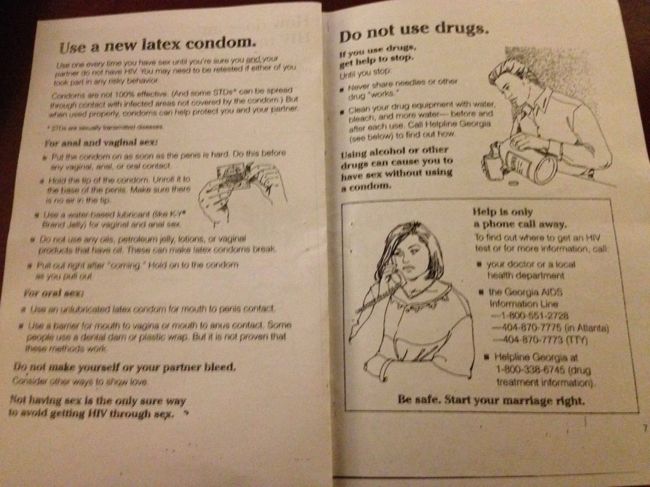