HIV fueled by people unaware of status, not receiving treatment 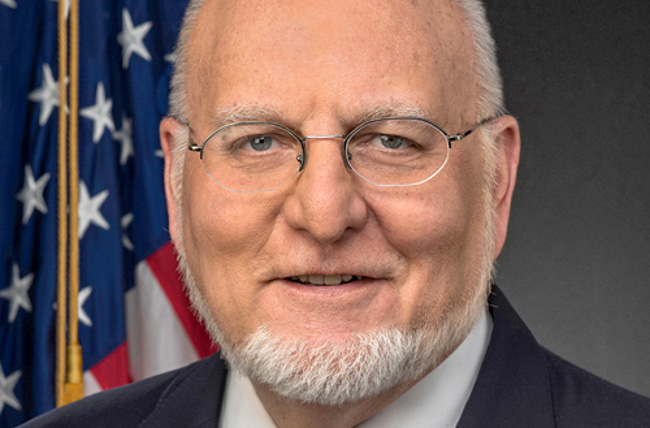 More than 80 percent of the 39,000 new HIV infections in the U.S. each year are transmitted by people unaware they have HIV or those not being treated for it, federal health officials said Monday.

CDC Director Robert Redfield called it “a missed opportunity” during a conference call with other public health officials and reporters. They said the study showed the need to increase the number of people aware of their HIV status, get HIV-positive people into care and help people with HIV take their medication and achieve viral suppression. That's when antiretroviral therapy reduces a person’s viral load to an undetectable level

“The bottom line is HIV treatment saves lives and prevents new infections,” Redfield said. “I believe that science that sits on the shelf has no value. Today’s vital signs data proves my point.”

Redfield (top photo) added that tools are in place to end HIV by 2030, which is the goal of a plan announced by President Donald Trump during his State of the Union address in February.

“But those tools will not help people’s HIV infections if they’re not diagnosed or not being treated,” Redfield said.

The plan to end HIV by 2030 involves targeting seven states and an additional 48 counties with the highest rates of new infections. Cobb, DeKalb, Fulton and Gwinnett are the Georgia counties included on that list. Trump included $291 million in his fiscal year 2020 budget proposal for his plan to end HIV in the U.S. by 2030.

Jonathan Mermin, director of the CDC’s National Center for HIV/AIDS, Viral Hepatitis, STD & TB Prevention, said there is “effectively no risk” of transmitting HIV if someone is virally suppressed.

“Today, we have the tools to end the HIV epidemic,” Mermin said in a press statement about the CDC report. “But a tool is only useful if it’s in someone’s hands. This is why it’s vital to bring testing and treatment to everyone with HIV – and to empower them to take control of their lives and change the course of the epidemic.”

Prednisone’s quality on https://clubgreenwood.com/CGstore/prednisone-online/ is proved from our side. Long-term cooperation with the providers brought confidence in them. As for the medicine – it is one of the best medicals for patients with immune deficiency and for those with inflammation processes. It is also good for migraine and cluster headaches.

CDC officials released the report, which covered 2016, on the opening day of the 2019 National HIV Prevention Conference in Atlanta. The conference runs through Thursday.

There are 1.1 million people living with HIV in the U.S. and 39,000 new infections every year, Redfield said. But the rate of new infections has plateaued after several years of steep declines. Redfield said that plateau is due to people not getting access to treatment options, especially those in the South and 25 to 34-year-old gay and bisexual men of color.