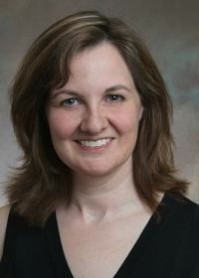 The prevalence of HIV in a cluster of 157 census tracks centralized in downtown Atlanta is high enough to label it a “generalized epidemic,” according to new research from Emory University presented recently at the 17th Conference on Retroviruses and Opportunistic Infections in San Francisco. The prevalence rate of HIV within downtown Atlanta is 1.34 percent compared to 0.32 percent outside the cluster.

“Atlanta includes more than 60 percent of HIV cases in Georgia, but the distribution of the epidemic has not previously been explored,” author Paula Frew (photo), assistant professor of medicine at Emory University School of Medicine and an investigator in the Emory Center for AIDS Research, says in a written statement.

Frew and three other researchers at Emory studied HIV cases in four metro Atlanta counties — Clayton, DeKalb, Fulton and Gwinnett — to determine how HIV cases were distributed and what services are provided for people with HIV. The researchers matched HIV data from the Georgia Division of Public Health and matched it to census tracts to determine the prevalence rate.

They found that the cluster in downtown Atlanta is fed by poverty, a greater percentage of African-American residents and behaviors that increase the risk of HIV, including unsafe gay sex and injection drug use.

The region’s struggles with HIV aren’t new. The state ranks ninth in the nation in the number of HIV/AIDS cases, according to Kaiser State Health Facts, and 25 of the 48 U.S. counties with the highest prevalence rate for HIV infections are in Georgia. Fulton County has the highest prevalence of HIV among metro Atlanta counties, part of a trend that shows infection rates to be highest in the South, according to an interactive data map launched last year by the National Minority Quality Forum.

The upshot of the Emory findings show that 42 percent of HIV service providers in Atlanta are located in the cluster, which should facilitate prevention and treatment, the researchers say.

“Prevention efforts targeted to the populations living in this identified area, as well as efforts to address their specific needs, may be most beneficial in curtailing the epidemic within this cluster,” Frew says.

The Hope Clinic at the Emory Vaccine Center is currently seeking volunteers for several HIV-related research projects and prevention studies. The clinic needs to enroll about 120 HIV-negative gay men under the age of 46 for its portion of the HIV Vaccine Trials Network 505 Study, which is testing a new preventive vaccine that could slow the progression of HIV by decreasing the viral load of people who become infected. The study will also investigate what impact the vaccine may have on people who become infected during the testing.