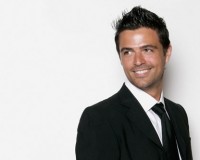 It’s been almost two years since HGTV tried out “Designed to Sell” in Atlanta with the swoon-worthy gay designer John Gidding (photo). Now the host has relocated here for a “Curb Appeal” spin-off. “Curb Appeal: The Block” premiered on New Year’s Day, and we can drool over the 32-year-old Gidding in a new episode shot in an Atlanta-area neighborhood each Saturday at 9:30 p.m. The first episode took place in Buckhead, but keep an eye out for a gay homeowner or two on this always-inclusive channel. The show expands the original series concept by beautifying not just one home, but by throwing in a few improvements at the neighbors’ houses as well. Producers will throw as much as $20,000 to the main home, Gidding tells the Atlanta Journal-Constitution.

The focal point is one home that is deemed an “eyesore.” The typical suspects: an unkempt, weed-filled yard, ugly porch fixtures, peeling paint. Often, neighbors nominate said home. The guilty party, once confronted, is usually okay with the idea of a free renovation and is well aware of the “eyesore” problem, Gidding said. Usually, the family has neglected their front yard area due to lack of funds or a focus on other priorities. 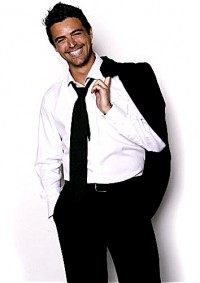 That’s all fine and good. We all know how the gays love to renovate a neighborhood, but we’ll be watching just as closely to get a half-hour eyeful of Gidding, who spoke frankly about being an out TV personality to Southern Voice in 2008. (We’d show you that story if the SoVo web archives weren’t tied up in bankruptcy hearings.) HGTV didn’t pick up the Atlanta episodes of “Designed to Sell” after their initial run back then, and they cancelled the locally based “Deserving Design” hosted by the (gay? not gay? who cares?) designer and “Design Star” judge Vern Yip. Let’s hope the third time is the charm, and we get to count Gidding among our local gay A-Listers for a long time to come. The man himself--not just a cutie, but a Harvard and Yale grad to boot--must have high hopes for the show's success. He’s relocated his landscape architecture company, Gidding Design, from New York City to Atlanta's Old Fourth Ward. No website yet, but you can stalk him—er, find his business and seek his services—at 669 Auburn Ave., 404-228-7007. If you’d like to get up close and personal and get your block renovated at the same time, the show is already seeking homeowners for next season. You can do that reno you’ve been putting off, or stop the war with those skanky neighbors bringing down your property values. Write Gidding’s producer at {encode="[email protected]" title="[email protected]"}. Be sure to include the following details: • Photo of the outside of home from street/curb? • Photo of just the house (close up, medium shot)? • Photo of homeowners showing personality? • Name of homeowner • Cell phone number • Neighborhood & city you live in, including address in metro Atlanta? • Why the home is the eye sore of the block, and why and how they became that way (Great stories a plus) • Submit 2 or 3 neighbors you think that would also benefit from a “mini” makeover.