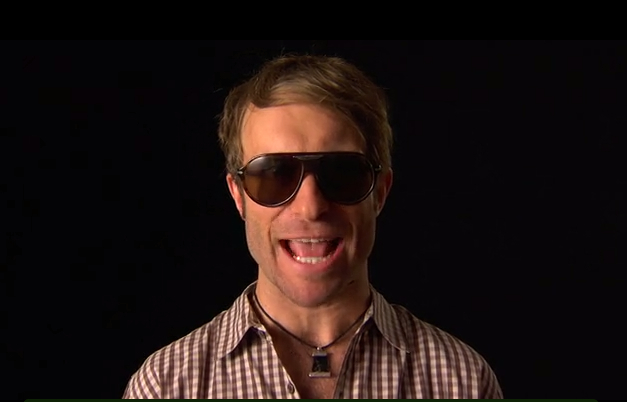 One man's inner voice told him that the time has come to explore our gay outer voices. The “gay accent” and its implications are on the table, people, and LGBT celebrities are jumping to raise their own “gay voices” to help raise the issue in a new film.

Why do some gay men “talk gay”? Why do we look down on our own “gay voices”? These aren’t new questions, but filmmaker David Thorpe is now asking – in a loud, proud “gay accent” of his own – in perhaps the most public forum to date.

Thorpe shored up an impressive lineup of interviews – Tim Gunn, George Takei, David Sedaris, Dan Savage and Don Lemon join professional linguists and other experts – before launching a Kickstarter campaign (video above) to complete “Do I Sound Gay?” Thorpe's own shaming inner voice led him to the project, he tells Mashable.

“Your anxiety about your voice can be the last vestige of internalized homophobia,” he says. “As you come out, you have to shed your own prejudices that society teaches you: that gay is bad. Your voice is so much the essence of who you are, an expression of your soul, that it can be one of the harder things to let go of.

Every time you speak, potentially you're saying, 'I'm gay.'”

So what’s wrong with that? Technically, nothing. And perhaps more practically, everything. Besides what we put on ourselves, gay culture reinforces it by placing values on “masc” and “femme” – to our continued detriment. Just talking about “gay voice” puts some people on edge, and it’s time we embrace being ourselves in all our sometimes-fey glory, Thorpe says.

“In the end, anxiety around gay voice reflects the pressure everyone feels trying to conform to an ideal, he says. “It's a symbol of the strength it takes to be yourself every day in society.”