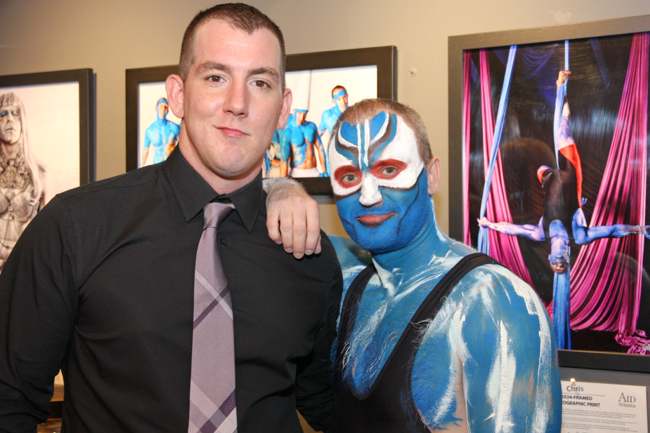 Atlanta artist Philip Bonneau unmasked his latest assemblage of slick, high-end re-imaginations of famous characters with a big gay twist to a big gay crowd on Friday. He pulled back the curtain on “Heroes + Villains #3” at i.d. lab in West Midtown to not only show off his latest collection, but to raise funds for AID Atlanta. As the crowd snapped up Bonneau’s work, the tally went higher and higher for the HIV non-profit. How much was raised wasn’t available on Monday, but the gays did do their best at the bar. Some $1,000 was raised through tips alone. The path to “Heroes + Villains #3” went through a Kickstarter campaign and some nearly nude photos. Think Bonneau (top photo) and a sock. “What I raised would of taken me at least five years to do if at all,” Bonneau told us ahead of Friday’s opening. “’Heroes + Villains’ would not be what it is without that support and people’s interest in it.’