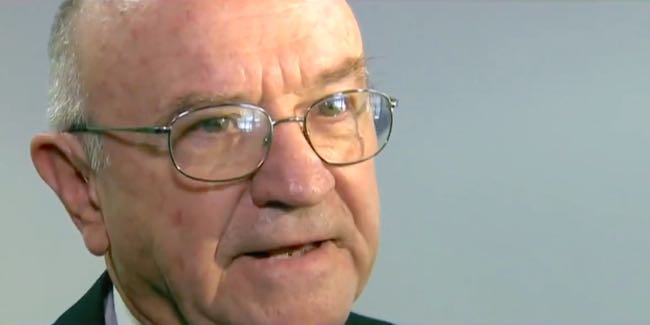 And he'll fail again, just like he did in April when the city rejected his earlier petition effort, Mayor Annise Parker told KHOU on Thursday.

Wilson said his proposed charter change would effectively nullify much of the equal rights ordinance. And that's precisely why Mayor Annise Parker said Wilson's latest petition drive will come to nothing.

“It's a non-starter, because it has been determined by a federal court that you cannot change an ordinance with a charter amendment,” Parker said.

Wilson arrived at City Hall with eight boxes that he says contain the signatures of 20,000 voters calling for a referendum challenging transgender protections included in HERO.

Wilson also trotted out his tired transphobic – and inaccurate – rhetoric as he delivered the petitions. Via KHOU:

“It will prohibit men from going into women's bathrooms and vice versa in all sex-oriented facilities — like swimming pools, locker rooms — that the city has,” Wilson said.

Last month, Wilson failed in his attempt to troll the Houston Pride parade.

HERO opponents lost their court fight against HERO in April, prompting Parker to put the ordinance into effect.