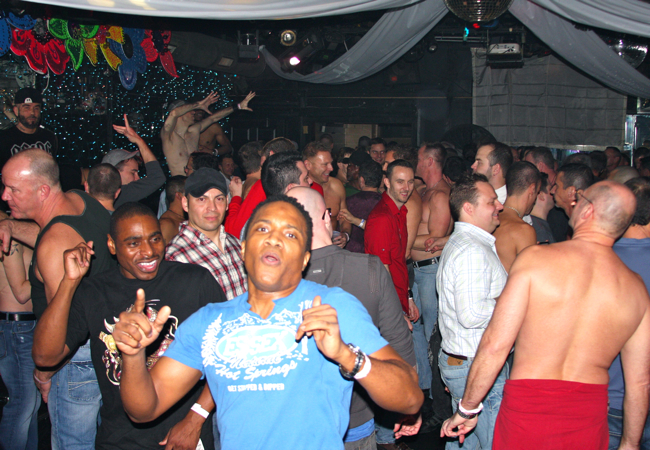 The Heretic’s New Year’s Eve partiers danced into 2011 to the beat of DJ Mike Pope. At the first of two New Year celebrations for the venue, a portion of each ticket to Friday night’s event went to Joining Hearts.

Joining Hearts is summer’s biggest party as well a year-round fundraising effort by the gay boys who like to dance for Jerusalem House, an HIV residency non-profit, and AID Atlanta. Tickets to the packed Heretic party also bought revelers a complimentary cocktail to lube up their inhibitions, as well as a champagne toast at midnight.

Maybe that explains the extra large smiles in our photo album from the event.

Heretic was prepared to kick off their year with a packed dance floor. After Pope’s bow late Friday night and before the sun came up, the New Year’s Eve mayhem was closely followed by the Carioca New Year’s Morning Party featuring DJ Alex Cohen from 6 a.m. – noon on Saturday.