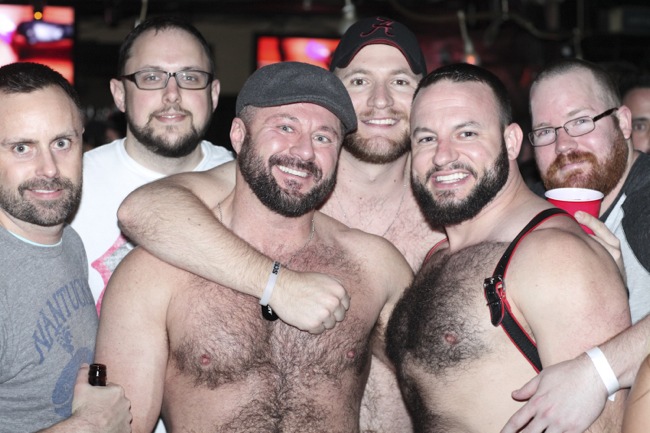 The shirtless dancing boys got scruffy sexy on Friday at Heretic, which hosted a packed house for its Scruff Invades party. The bad boys behind the gay cruising app arrived from New York City for a night of music by DJs Sean Mac and Shane Stiel, scruffy swag giveaways and a scruffy sweaty dance floor. The scene was similar to last August when Heretic got "dirty" with Manhunt and came just a week after the bears pounced for the return of Bearracuda. Photos by Jon Dean Photo