Her brief queer history of the Ones Who Got Away 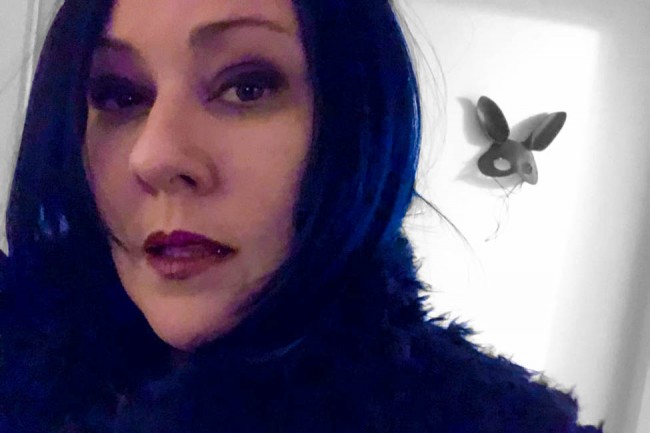 I came out in my early twenties roughly 25 years ago. I knew nothing about lesbian relationships, but jumped right in. There were successes. There were failures.

I move with more care now. Experience, poly and kink do that to you. They cultivate personal growth. I’ll write more about that later, though, because as the year comes to an end, I’ve been reflecting on what was.

Old crushes, flames, and flings can leave indelible marks on us. Here are some of The Ones Who Got Away.

My first “official” girlfriend. She was an experienced cougar at 42. I was a noob at 22. We worked for the same retailer. We’d call each other for “stock checks.” So hot:

Me: “Do you have a small Ruffle Cuff dress?”

Me: “Pussywhisper. I MEAN WILLOW! PUSSYWILLOW!”

Our first kiss was on a rooftop. Magic. Martha made me a tape. A tape. For my Walkman. I listened to it and daydreamed about Martha on the bus. The Indigo Girls, Led Zeppelin, Sarah McLachlan. It was so gay.

Eventually, Martha ended it. She said I needed to experience being out and single. I knew she was wrong, but really, she was right. Breaking up with me was a caring act. Being free to embrace the discovery of my lesbian identity and to fly – these were critical to my growth. Martha is remembered through lyrics.

Hey lady, you got the love I need

Walk a while with me

I was on vacation with my #1 gay, Marc. We hit our culture quota at tea time, then beelined it to one of London’s LGBTQ clubs: G-A-Y, three floors of glorious gay glee.

The Italian was in the ‘80s room. She trilled to me in Italian. I blabbed at her in American. We confused each other and defaulted to dancing. By 2 a.m., we were making out on a double-decker bus, flying past Big Ben to her apartment where we did our own kind of sight-seeing.

At 9 a.m., I scribbled my name on a Post-It and left. The Italian is remembered through her discovery of the Post-It note some 20 years later, and the friend request she sent on Facebook. In English.

I don’t remember this woman’s name. She lived in Brooklyn. I’ll call her that to simplify. We met at The Cubbyhole.

Brooklyn was a fast lesbian: a fast talker, a fast walker, and a fast eater. She worked in the fast world of finance. She had a gorgeous flat that I wanted. She loaned me a book. One night, we hit Henrietta Hudson’s. After, at her flat, we pigged out on nachos.

We were naked and about to “do it” when she “fell asleep” — fast. Annoyed, I let myself out – fast. Brooklyn is remembered through her book that I still have, and my regret for leaving my bra at Brooklyn’s. In Brooklyn.

Mary’s. Halloween. Maybe. It might have been karaoke night. It was both. Anyways, there I was: Forty-something, a boozy cougar taking pics of the NACHO VAGINA sticker behind the bar and wondering why the bartenders were cranky.

A drop-dead gorgeous vampire materializes. She grabs my collar and like .. hover-moves me from the bar to like …  elsewhere. It screamed Anne Rice. The witnesses were on edge. I was enthralled and hoped she’d smooch me. Or bite.

She didn’t. She stared. Hard. Close. She was probably a Scorpio (swoon). She released me and dissipated. The Vampire is remembered through an iPhone recording of the entire bar singing, “December, 1963 (Oh, What a Night).

Of course, there are the ones who got away, but aren’t actually gone. Cultivating healthy relationships leads to healthy endings, and the ones who truly matter are still present in my life. I hope they always will be.

As you say goodbye to 2018, I hope you are filled with fond memories, peace and excitement for 2019.

This column originally appeared in Q magazine. Flip through the full issue below.