Henry’s deck goes to the dogs – and the gays 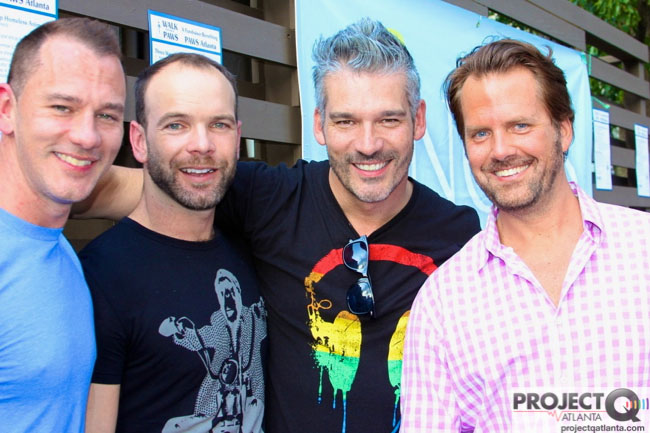 Few causes bring Atlanta gay men and lesbians together like pups in need, cocktails, a huge new deck and a Midtown hotspot of the moment. Put it on a beautiful day full of sexy gay beer busts within walking distance, and it’s a party.

To be more specific, it’s the Big Deck Launch Party at Henry’s on Sunday. Ever elbowing for the restaurant-lounge’s piece of gay 10th Street, owner Maureen Kalmanson (of swanky Campagnolo’s) pulled out the stops on a shady deck expansion. The venue debuted with a big gay party in June.

To celebrate as the dog days of summer wane, Kalmanson played host with drink specials, a DJ and raffles to raise money for Angels Among Us. Speaking of dog days, the pet rescue beneficiary meant a pup-filled patio. And one more stop for this twink's sexy gay Atlanta adventure.