Helping ourselves and leading others by bursting the LGBTQ bubble 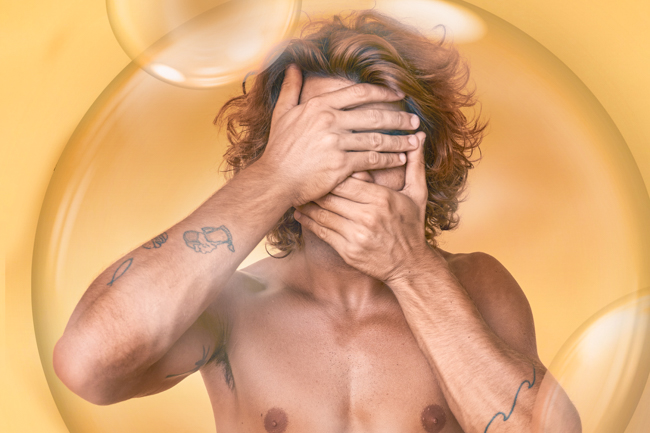 According to your social feed, you are so right so often that you must have the world by the tail. But with all the dissent that you hear about later, there must be a kink in that system somewhere.

Amid the preaching to the choir and affirming feedback of our social networks, why are we as a society so sharply polarized? And more importantly, what can we do about it? How can we affect positive change if we are unwilling to even see opposing opinions, much less have an opportunity to discuss them?

The 2020 election is a prime, and not at all the only, example. How can a good solid half of your fellow Americans get something so wrong when you are so, so right so, so often?

Are they really that different from you as humans? Surely they aren’t stupid, are they? Brainwashed? Are they just plain evil?

Of course not. Maybe. Well, most of them. Probably.

Campaigns get ugly, lies are disguised as truth, conversations get heated, and battle lines get drawn. By the time someone wins, neither candidate is an appetizing option. You can’t even look at the neighbor or family member who dared vote for the “other” one.

Now, choosing your friends based on beliefs, values and opinions isn’t a new phenomenon. It’s good and natural to keep the support of like-minded people in your life. What may be new is how convenient it is to avoid dissenting opinions.

The Netflix documentary The Social Dilemma may not surprise you, but it will definitely fill in the details of how everyone is fed their own, opposing, “facts” to fit their predilections with increasing accuracy.

Hide a profile from your newsfeed and avoid conflict. Unfriend a person and forget them. Block them, and you can steer clear of them virtually forever. That kind of digital distance allows us to vilify detractors as “other” and build emotional walls against them — as well as their uncomfortable, irritating or even infuriating opinions.

One nagging issue, though: Avoiding a problem doesn’t solve it. It perpetuates it.

For at least a century in the modern era, our queer forbearers lived life that way. Then one by one, group-by-group, organization-by-organization, idea by idea, they started standing up for themselves. In the tiniest ways at first, and then in growing number and frequency, we learned to work both within and against the system to come at challenges from all angles.

Over time, confronting issues is what works to effect change.

Of course, the polarity goes far beyond politics. For LGBTQs, what’s political is also quite personal. Discrimination based on outdated opinions directly affects our lives. Dealing with it, or avoiding such, is even more personal, because it’s actually bad for us to avoid conflict and live in a vacuum.

If you live in a bubble – and many of us do curate the real world as much as our social feeds — it’s jarring to realize that you’re not in the majority.

Say you chose Midtown over living outside the I-285 Perimeter, or that you enjoy living exclusively on Atlanta’s blue island in the red sea state of Georgia. It hurts to realize that you don’t speak for everyone, or even for most people.

When we’re self- protected from the views of outsiders, seeing everyone’s opinions as equal feels like oppression. Nobody wants that feeling. But psychiatrists say we need it.

Discourse with those who would oppose us, and engaging in measured dissent over issues that matter, is uncomfortable, but it is in our best interest. It’s ultimately how we change hearts and minds. That holds true even if it takes time and patience — and it will, over and over again.

Something wonderful happens when we try to see issues from someone else’s point of view. It irritates the senses, but it also allows us to figure out ways to communicate with those people. Even if it doesn’t work in the moment, even if we have to come at it from different angles next time, maybe, just maybe, we can finally reach them with an opposing thought.

And – gasp – maybe they can gain access to our carefully constructed walls and change us too, for the better. Perhaps there’s a grain of truth that we can rescue from the bottom of their pile of opinions.

We’ve all heard absolute power corrupts absolutely. The same is true in a world where we get everything we want. Life is ultimately about getting some of what you want and a lot of what you need. That way, you find balance, and both you and the world around you benefit.

Yes, life is cozier in our little bubbles, but consider this: Engaging in the discomfort a bit at a time may be more effective, and it beats the hell out of the full-tilt culture shock when the reality of a polarized society slaps you.

We can vow to think about that the next time a “surprise” verdict is read, or the outcome of an election night shatters our expectations, or counter demonstrations turn violent. What could we have done to expose ourselves to parts of life that make us uncomfortable, expand our understanding, and ultimately move the conversation forward?

And this goes for conflicts within our own community. Whether you engage in societal discussions as an agitator or an assimilator, your engagement is valid. The Civil Rights movement of the 1960s needed its peaceful MLKs and it’s resistant Malcolm X’s. The AIDS crisis needed the sad honors of The Names Project and the coffin-carrying rallies of Act Up.

In the same way we engage with our biggest detractors, we can listen to each other better, too.

Bursting our bubbles may feel like a monumental task. That’s OK. Daunting is good, and due to our collective experience in the still-evolving LGBT rights struggle, our community may be uniquely suited to lead the way in reaching across the aisle to mend fences.

The unknown is scary, but it can also be just as exciting. Treat it like an opportunity. Once you steel yourself for the adventure, the next step is to remind yourself – early and often – that people are more alike than they are different, even if someone initially strikes you as your polar opposite.

Next remember that bursting your bubble is for your own good, and whatever resistance you overcome, both internal and external, will be worth it.

Here are a few tips, tenets and tricks to engage in productive conflict.

Ask yourself: ‘If I thought about this from their point of view, would I still agree with myself?’

My Needs and Our Needs

Conflicts aren’t a competition. There are no winners and losers. There are two parties, and there is their relationship. Agree to argue from the “side” of the relationship. It takes practice and trust to allow other people to share their thoughts, feelings, beliefs, and perspectives with passion – and for us to just let them be.

Conflicts can sway to the person with the most authority. Instead, ask ‘Is one person giving in too much? Does holding your ground come at the cost of insensitivity? Are we discussing who has the most power, or what the conflict is truly about?’

So often we get caught in either-or thinking that diminishes credibility on both sides. It’s sophomoric and limiting by nature, and doesn’t allow us to see or hear anything other than what we already ‘know’ to be ‘true.’

Based on our fears and a desire to stay in control, we naturally resist uncertainty. Become comfortable with it and allow yourself to hang out in ambiguity. It’ll give you a sense of openness, patience, and perspective that allows creative solutions to emerge.

In a desire to escape conflict as fast as possible, we sometimes rush to come up with “solutions” or “compromises.” It works on the surface, but it doesn’t address the deeper issues. Actively look for higher-level solutions by remaining open instead of simply trying to “win” or end the argument.

With issues that cut the core of sacredly held beliefs, we often vilify those who don’t agree with us. Once they become “those people,” they’re nearly impossible to connect via meaningful dialogue. Look for the positive intention and real fears of the other person to find the core of what’s really true, not just what our ego wants to argue about.

We can and do have impact on other people. Elevate the conversation by focusing on being real, vulnerable, and honest. Focus on appreciating and empowering the other person. Acknowledge them and practice being grateful for who they are, no matter how difficult it is. When you manage to lift them up despite obstacles, you lift up yourself in the accomplishment and create the higher-level solutions you truly want.

Remember the three parts of truth: Your truth, their truth, and the real truth (solutions).

A truncated version of this article ran in Q ATLus magazine. Flip through the full print issue online here: