Help that Atlanta gay in a dress rehab his home 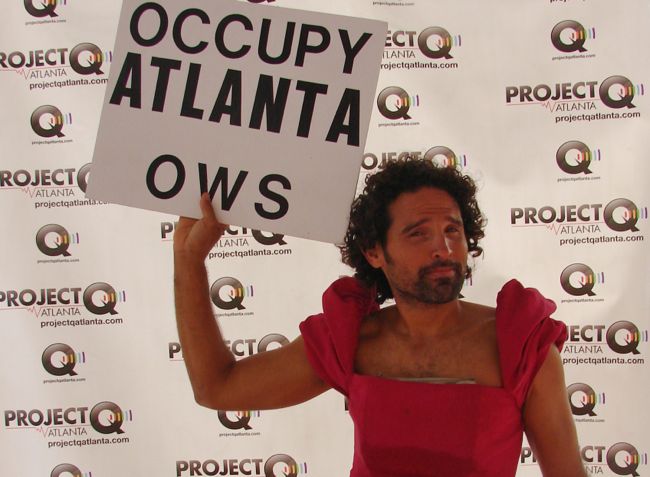 Seldom does a progressive cause go by that doesn’t catch the attention of Angel Poventud. But now the dress wearing, rollerblading Atlanta gay with the captivating personality has flipped the script to ask for your help to turn his little house of horrors into a home fit for a community.

Poventud’s struggles to renovate a dilapidated structures in southwest Atlanta caught some media attention in June. It detailed how banks and city bureaucracy were killing his dream to make the house in a downtrodden historic district his home.

But Poventud has since made progress, securing a loan, blueprints and permits for construction that should put him well on the way to fulfilling his dream of making this bungalow his home. He’s invested $12,000 in cash and credit, and hours and hours of sweat equity to demolish the interior and clear the yard.

He’s still falling short, though. So what does a community activist do? Put those skills as a grassroots activist to work. Hey there, Indiegogo campaign.

One year ago, I purchased a foreclosed home in Adair Park neighborhood in southwest Atlanta. This house will become my home, where I live for the rest of my life. The porch will become the meeting grounds for the neighborhood and the greater Atlanta community, where ideas are exchanged, where travelers passing through are able to exchange passions and intentions with locals. Where backyard gatherings, inside-the-house potlucks and BeltLine wanderings regularly happen. I am looking forward to bringing the passion and energy that I brought to the Atlanta’s Midtown neighborhood, in the northeast corner of the city, to Adair Park and southwest Atlanta.