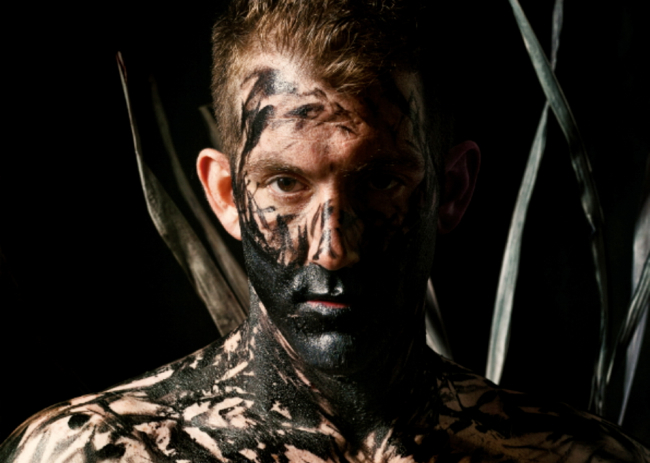 If you’re following the artistic journey of gay Atlanta photographer Philip Bonneau, you’ve been on a years-long trip to Hell and back. Well, not quite back. He wants to exact an ultimate homecoming and needs your help to get there. 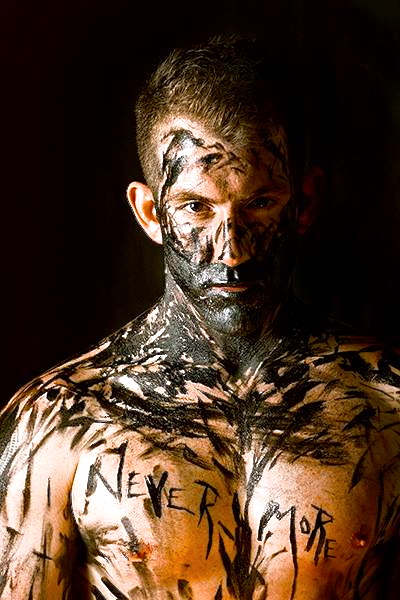 For years, Bonneau and his fans – and a wide range of gay Atlanta models including himself (“The Raven” photo, right) – have tread a visual path of light and dark, comedy and tragedy, humor and pain. The whole time that he was garnering national attention and local LGBT love for photo series including “Beautiful Layered Lies,” “Ugly Simple Truths” and his most popular “Heroes + Villains,” he had a plan.

The artist considered the first two shows not just “Lies” and “Truths” but a figurative Hell and Purgatory, with the three-part “Heroes” as a necessary diversion on the road to his final show, a Heaven of sorts he calls “Brave New Secrets.”

In the new show, he’s ready to reveal the culmination of all his past works in a concept exhibit inspired by Dante’s “Divine Comedy” and “Alice in Wonderland.” That’s where you come in via his latest Kickstarter campaign (video above).

“What I am looking for from kickstarter and supporters is to help me fund this project enough so that it can be my sole artistic focus for the year and that it can become elevated from the minimalistic approaches of what came before for an ultimate finale.

“This show is my most elaborate to date as it ties together all of my secrets from not only my Divine Comedy but also merges my Heroes + Villains series together into a complete singular narrative. …

“Photographically, my models will be based off the light and dark chess pieces of Kings, Queens, Rooks, Bishops, Knights and Pawns. One set of models will focuses predominantly on the use of mirrors while the other will be pulled from smoke. Visually, if the first show was the innocent light and the second show was the rageful dark, then this would be the grey between the two.”

Like his other collections and their accompanying naked teases, pack-herding, viral kissing and community do-gooding, “Brave New Secrets” promises to be fun and scary, often at the same time. Bonneau goes into great detail about his vision in the video pitch above, as well as on his “Brave New Secrets” Kickstarter page. Visit to explore incentives, like limited edition prints, offered for various donation levels. He knows he couldn’t do it without help, and not just financially.

“This Kickstarter project’s success is based on your support and belief in what has been presented. I plan on this being the predominant focus of my year with the show being unveiled on the 3 year anniversary of Beautiful Layered Lies in October/November.

“If you cannot contribute financially, it is absolutely OK. Money is not required to be a hero. Spreading the word or following me on my artist page makes all the difference in reaching more people. The more that are aware of this goal, the more likely I will be to reach my goals for my “Brave New Secrets.”