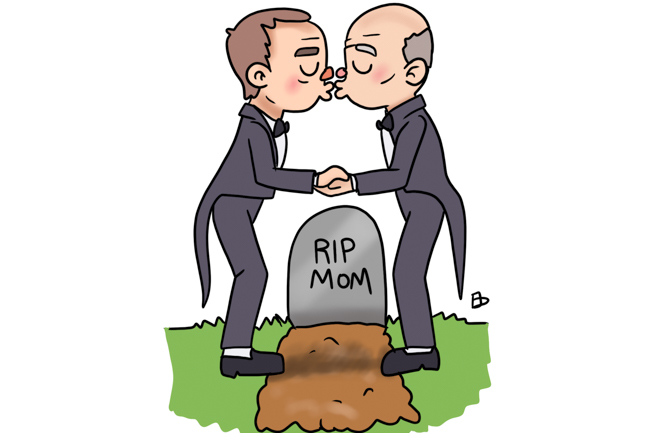 My mom died a year ago, and it’s been unimaginably hard on my siblings, half-siblings and myself. Then my stepfather made it even harder: He decided six months after her death to remarry — this time to a man. 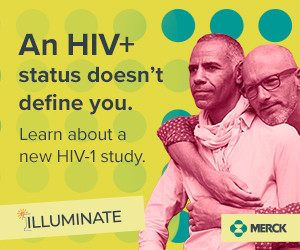 I really care about my stepdad, but I’m furious. He and my mom backed me 100 percent over the years of my coming out journey, and they embraced another family member who turned out to be trans. Their support meant a lot to me.

I’m surprised he’s with a man, but that’s not the problem. I have no problem with two same-sex septuagenarians acknowledging their attraction. I think it’s cool that they can act on feelings that neither felt they could express openly in their younger years.

What’s not cool is that my stepdad apparently jumped so quickly into another relationship before grieving my mom. The marriage happened so fast, I wonder if he lied to my mom all those years, or if he cheated on her with this guy.

My sister and I approached my stepdad (her dad) and defended my mom’s reputation. We told him that we are concerned about the super-fast courtship, too.

He cried and said some really nice things about Mom and their marriage. He said he always wondered if he was gay, that he is in love with his husband, and that he thinks that’s “all we have a right to know.” His words.

What can we do?

Losing a parent is a club that only members understand, and one that no one wishes to join. You will live with the loss for the rest of your life, and you will get better at it as time passes.

One thing you said is affirmed: Your stepfather’s decision is part of your post-Mom life and part of the process for you and your siblings.

Try to wrap your head around the fact that your stepfather is grieving too, maybe even more. On top of losing his spouse of many years, he’s also dealing with being openly gay or bi for the first time.

All of that conjecture can be tempting, but none of it is your business. Your stepfather has the right to include you on the details or not. He is a grown man and knows his own mind.

Like your own coming out journey, he may slowly open up as years pass. Don’t ruin your relationship with him before he has the chance.

Illustration by Brad Gibson. Send your burning Qs for As to [email protected] Enjoy past editions of Q Advice here.

Vaguebooking for attention, inserting yourself into other people’s situations and talking behind people's backs are not good looks. Meet two attention-seeking queers you definitely don't want to be.
Read more
Atlanta

One queer slept with their best friend. Another wants to but can't bring it up. Then there's a convoluted LGBTQ daisy chain of affection with none of the fun part. Let's talk.
Read more
Q Advice

The guy is lying to his boyfriend and followers, maybe even himself. Do you think he’s suddenly being honest with a stranger on the internet?
Read more