Help! My hus-bear is a control freak and I have PTSD 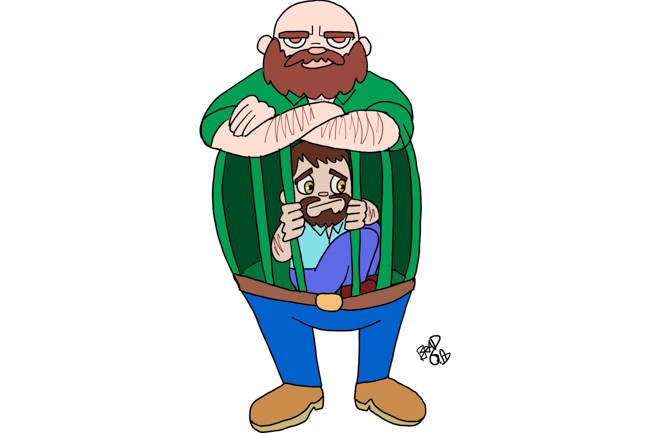 Whether it’s an abusive relationship or a mean bully, here are some steps for freeing yourself.

My hus-bear of less than two years wants a divorce. He blames me, and I acknowledge mistakes on my part. Still, I feel that he played a role and that we only need counseling.

He says he didn’t know everything about me when we got married. I admit that we rushed into it.

I get his concerns, but even things beyond my control become triggers for him to lash out. He is insensitive at best, mean at worst, and never willing to look at his own actions or shortcomings.

Still, to me marriage is forever. How can I get him to work it out?

What you’re describing is abuse. Even if he never lifts a finger against you, he’s doing psychological damage. Your husband has you convinced that your natural reactions are faults, and you blame yourself for inherent aspects of your personality. That’s not good.

You’re right that he plays a role in your marital issues, because he’s a partner in the relationship too, not a bystander. He exacerbates any problems with inappropriate attacks.

That said, don’t focus on him. There’s been enough of that. Focus on what you can do.

Your instinct for counseling is a good one, though maybe with a tweak. It sounds like he may be uncooperative and unwilling. Go to counseling anyway, even if it’s alone. Read your letter above out loud when you get there. It contains all a professional needs to start helping you.

I like where your head is about divorce in general. Too many couples rush to start and end relationships. But “marriage is forever” can’t mean “stuck no matter what.” In this case. His desire for divorce may be exactly you need.

It seems everyone is offended by everything these days. How do I handle someone who is actually being an offensive bully without making a scene?

First, make sure that you’re not being overly sensitive to what may just be someone else’s opinion. You’ve heard opinions are like assholes: Everyone has one, and only a few people, if any, actually want to see it. Sometimes showing yours just leaves two assholes out for all to see.

Think about drawing the line if someone is disparaging others based on race, ethnicity, religion, gender, sexual orientation, gender identity or physical condition, among others. Consider that the offender might be uninformed.

Ask, “Do you know how that sounds?” If they clearly do and continue, go ahead and make a scene. If you do, calculate it for their ability to hear it and your own safety from the fallout.

The Q is for entertainment, not professional counseling. Send your burning Qs to [email protected]

Find each new edition of QATLus at LGBTQ and allied venues around Atlanta.