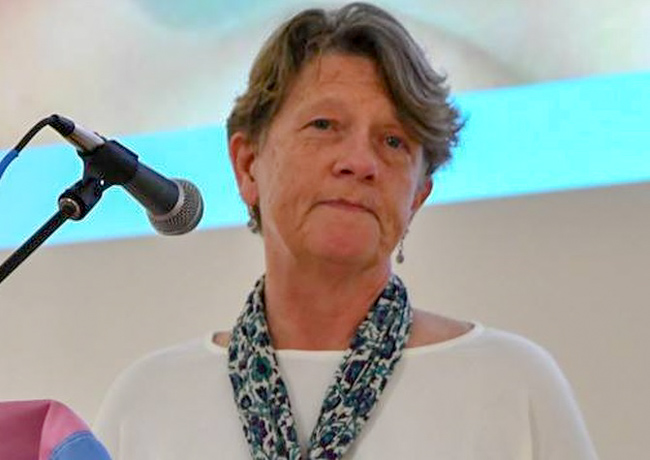 Linda Ellis stepped down as executive director of the Health Initiative and the Rush Center, capping a long career at the center of all things LGBTQ Atlanta.

The Rush Center board announced her departure on Friday, though her resignation was effective Nov. 30. The center said it's searching for an interim executive director and is also seeking applicants to fill several spots on the organization’s board.

Ellis expressed thanks to supporters and colleagues.

“I want to extend my sincere gratitude to all those who have worked alongside me to increase Atlanta’s LGBT community’s access to health and social resources,” she said in press release.

The Candler Park facility that later became the Rush Center was created in 2008, and it housed the Health Initiative and Georgia Equality. It later expanded to become the home of Atlanta Pride, SOJOURN and other LGBTQ organizations.

The Health Initiative name was officially changed to the Rush Center in 2018 when it became a program of the facility, according to Rush Center Board Chair Gail Cowie.

Cowie thanked Ellis for her years of service.

“We wish Linda all the best in her future endeavors and look forward to her continued involvement with the Rush Center in different capacities,” she said in a press release.

“Her experience and insight will be assets in whatever she undertakes from here,” she added.

Ellis said there have been “great strides forward and frightening slips backward” in the LGBTQ movement in recent years.

“Like any growing and committed organization, the Rush Center also has made great strides and our share of slips,” she said. “As we prepare for a new decade, I believe it is time for new leadership with skills and insights that surpass my own to ensure that the Rush Center continues to be relevant, effective and meaningful.”

Ellis will remain in a training capacity until the Rush Center’s interim executive director is named, according to the press release.

The 12-member Rush Center board currently has six members, according to Cowie.

“We do not have a specific number of slots we are trying to fill, but will be selecting people based on what they can bring to the board, including experience in fundraising, human resource management, financial management, accounting and commercial real estate,” she said.

The deadline to submit applications for the positions is Dec. 20.