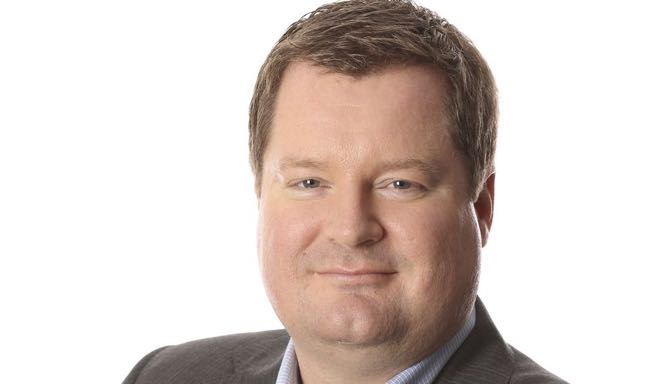 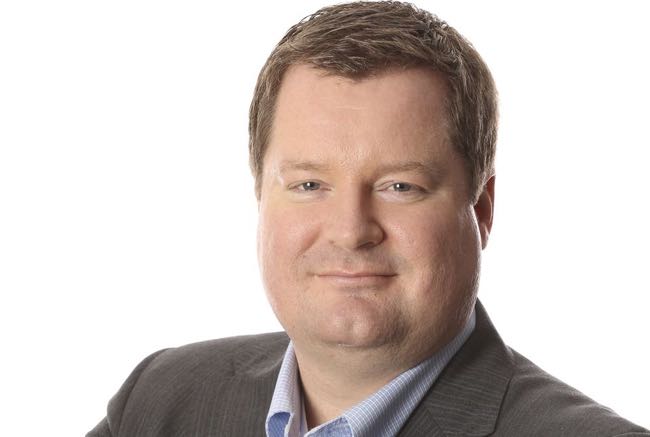 Anti-gay activists frothed at the mouth over the firing of Fire Chief Kelvin Cochran, calling gay Atlanta “terrorists” who forced Mayor Kasim Reed into an “appalling” affront to religious liberty.

Chief among the haters is WSB radio's anti-gay, pundit and political strategist Erick Erickson. He added to his long list of homophobic quips on Wednesday's show, comparing LGBT critics of the fire chief's anti-gay ramblings to terrorists. The comments came the same day that Islamist militants killed 12 people at a satirical weekly newspaper in France.

A publisher published something that offended. It mocked, it offended, and it showed the fallacy of a religion. It angered.

So the terrorists decided they needed to publicly destroy and ruin the publisher in a way that would not only make that destruction a public spectacle, but do it so spectacularly that others would think twice before publishing or saying anything similar.

The terrorist wants to sow fear. The destruction of an individual is not just meant to be a tool of vengeance, but a tool of instruction. It shows others what will happen to them if they dare do the same. It is generates self-regulating peer pressure. Others, fearing the fall out, will being to self-police and self-regulate. They will silence others on behalf of the terrorists. Out of fear, they will drive the ideas from the public square and society will make them off limits.

So when a publisher published something that mocked and offended a group prone to offense at such things, something had to happen.

The terrorists did what had to be done to publicly destroy and ruin the offender.

So they demanded the Mayor of Atlanta fire the Chief of the Fire Department for daring to write that his first duty was to “glory God” and that any sex outside of heterosexual marriage was a sin.

And the terrorists won in Atlanta.

The passages above are excerpts from an even lengthier rant from Erickson's show. Listen for yourself: 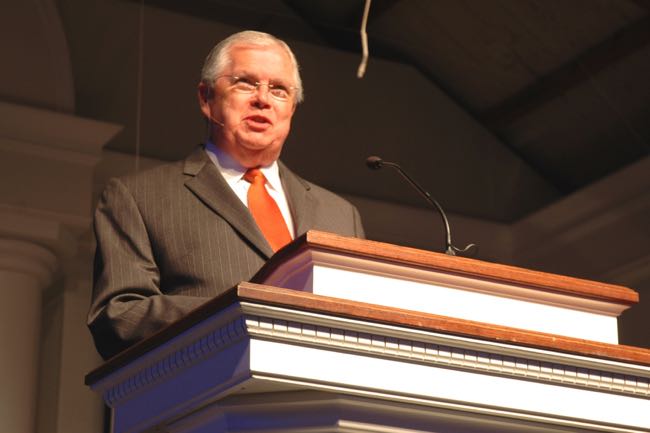 But Erickson wasn't the only conservative, anti-gay supporter to rally for Cochran. Robert White, the executive director of the Georgia Baptist Convention, said Cochran's firing had everything to do with his religious views, a view that Reed dismantled in great detail on Tuesday. Cochran spoke to the convention's executive committee on Dec. 9 and White praised him later in a press release and launched an online petition supporting Cochran. That appearance was one of two that Cochran made during his suspension and that Reed cited as reasons he was fired.

“This is appalling,” said Robert White, president of the Georgia Baptist Convention. “This has everything to do with his religious beliefs.”

White told me he believes the mayor succumbed to pressure from the city’s LGBT community.

“It’s a frightening day in the United States when a person cannot express their faith without fears of persecution following,” he told me. “It’s persecution when a godly fire chief loses his job over expressing his Christian faith.”

And the fire chief’s firing could spark public protests and demonstrations from the state’s Christian community.

“We’re past the point of taking a public stand,” White told me. “Christians must stand up for their rights.”

Mike Griffin, a spokesperson for the Georgia Baptist Convention, told the Baptist Press that Cochran's firing is “a religious liberty issue.”

“It comes down to his belief,” Griffin said. “Would we have this discussion if he had written a book on hunting or fishing? I don't think so.”

Griffin continued in a statement to the Christian Index:

Griffin then stated that people of faith should not be punished for expressing First Amendment rights. The spokesman said he believed that Cochran “has violated no law, nor has he been accused of discriminating against anyone during his 34 years of honorable service including serving as U.S. Fire Administrator under President Obama.”

“No one’s employer or government agency can deny those rights. The government is not to be lord over anyone’s conscience,” he maintained. 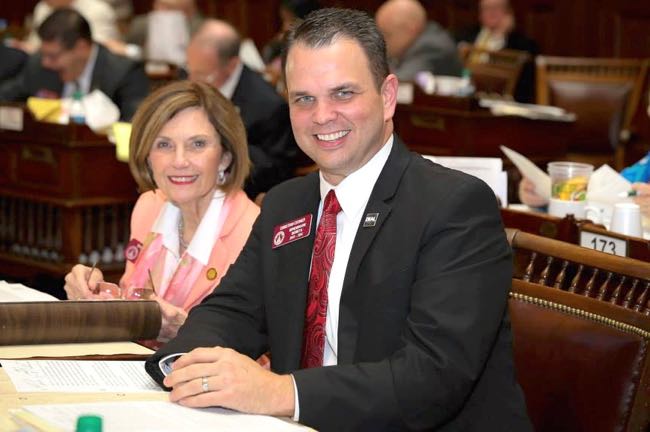 Via the New York Times:

“I know in the mayor’s press conference he insisted that it’s not about religious freedom, but when someone is disciplined and ultimately terminated because of personal views expressed, that’s kind of the definition of a First Amendment issue,” said Timothy Head, the group’s executive director.

Head continued in another statement, this one on his group's website, expressing his “shock and disappointment” and urging supporters to lobby Reed to re-hire Cochran.

Timothy Head, FFC Executive Director states about the issue, “We are shocked and disappointed that an employee can be removed from a position of public service for his personally held views. Mr. Cochran's personal views did not inhibit over 20 years of decorated service, including being asked by the White House to serve as US Fire Administrator. But apparently Atlanta City Hall feels that, despite obvious professional qualification, certain personal points of view are not welcome.”

The Faith & Freedom Coalition was founded by Ralph Reed, the anti-gay political strategist who argues that Georgia should continue banning same-sex marriage.

Keith Fournier, founder of Common Good Foundation and a Roman Catholic Church deacon, said Cochran was a victim of discrimination.

Of course, the Mayor did not come right out and admit that the firing was due to the fact that Kelvin Cochran had expressed his classically Christian beliefs. Such unconstitutional and bigoted acts by people in authority are rarely admitted these days. They are hidden beneath a veneer of what is now mistakenly referred to as tolerance.

However, it is evident that the firing of Chief Kelvin Cochran came about precisely because of his deeply held religious beliefs. The firing was unconstitutional, overtly discriminatory, and must be opposed!