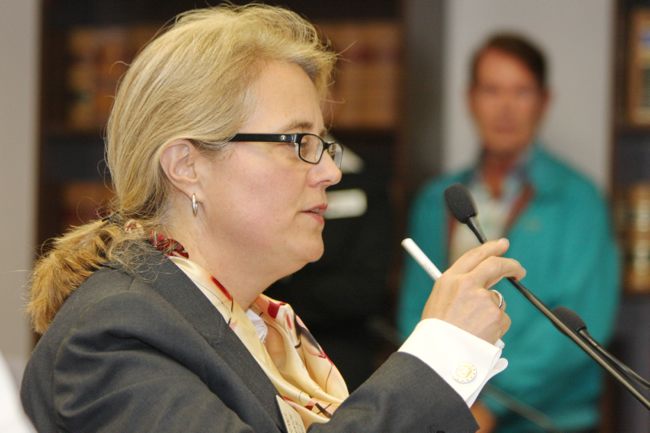 You probably know Karla Drenner as Georgia’s first openly gay state lawmaker, the dean of a gay caucus that has grown to four this year and could expand to five. But did you know she’s a mother of two and one of the Most Powerful Lesbian Moms in America?

“The definition of ‘power’ is subjective, of course,” Mombian Publisher Dana Rudolph wrote about the 6th annual list, which includes Drenner among the likes of Rosie O’Donnell, Jodie Foster and Wanda Sykes.

“For the purposes of this list, I considered it to mean someone who is known by a large cross-section of the population, within or outside the lesbian community, is at or near the top of her chosen profession, or who is in some other way a well-known personality and long-time influencer. I aimed for inclusion rather than exclusion, but tried to pick those whose impact in their fields or in the world at large is widespread and lasting. I intend this to be a fun list, not to be taken too seriously, so let me know if I’ve missed anyone you deem worthy,” she added.

Drenner was first elected to the General Assembly in 2000 and faces re-election this year. When she’s not combatting anti-gay forces at the State Capitol, learning about leadership at Harvard and throwing out first pitches, Drenner cares for her two children and teaches.