Happy birthday, Madonna! 10 rules to live by from her first 60 years 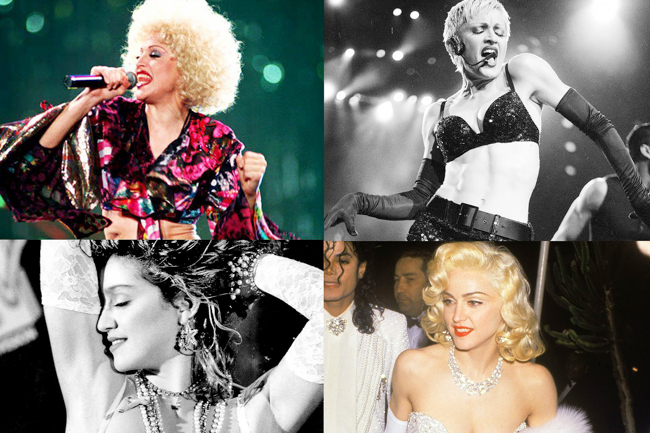 As Queer Atlanta sets to celebrate her 60th birthday, we found 10 rules to live by that Her Madge-esty taught us just by living out that big, charmed life of hers.

True gay icons are hard to come by. Among a precious few equals and a ton of pretenders, Madonna still stands out at any age.

As the one-and-only celebrates another rotation around the sun on Aug. 16 and Atlanta does too, here’s a loving look at the legend who won hearts three decades ago and just won’t let go.

Madonna moved from Detroit to New York in 1977 with $35 in her pocket, a dream, and no place to sleep. She still calls it the “bravest thing I’ve ever done.” One of the richest women in entertainment taught us about paying dues and working hard through scores of menial jobs like Dunkin Donuts and nude photo shoots for rent money.

Besides doing you, Madonna wants you to do other people – all you like. Answering only to herself, Madonna has had boy toys, femme flings and husbands, and she’s had them from famous to just plain hot. She says she’s “in love with love.”

Which Madonna is your favorite? More than one? Thought so. The blonde coquette of the ‘80s became a bobbed brunette, a Marilyn-esque Glamour Goddess, Geisha, ‘90s Sex Goddess, ‘70s Disco Queen, Retro Princess, and So. Many. More. Whatever you’re wearing – or not wearing – have fun, look fierce, and work it like a boss.

With a world ready – even if they didn’t know it – for shaking up, Madonna brought the heat in 1983 with her eponymous debut. Music moguls, radio stations and middle America didn’t know what to do with her, and the MTV Generation loved that.

No one had seen anything like her, but what really makes Madonna, well, Madonna is how she took that reaction, time and again, and successfully changed things up just as we got used to what she was doing.

From the moment she told American Bandstandthat her life goal was “to rule the world,” to the time she told 20/20 to look up “reductive” in the dictionary, Madonna has served a heaping helping of brash intelligence, focused intent, marketing genius and a middle finger to traditional, “acceptable” behavior. Challenge norms.

Long before her book of the same name, “sex” was a noun that no article about Madonna ever goes without. With trendsetting looks like underwear as outerwear, performances from flirty to aggressive to brazen, video themes from peep shows to S&M, and songs from “Like a Virgin” to “Justify My Love”and beyond, she redefined sex symbol in ways few can even approach and even fewer have matched.

Not content to live as just another pop star churning out content, Madonna broadened her horizons with forays into Kabbalah, Broadway musicals, children’s charities, line-dancing, British history, and movie-making, to name just a few.

From her early days wearing crucifixes and rosaries as jewelry, rolling around MTV’s live stage in a wedding dress and playing a pregnant teen in the “Papa Don’t Preach” video, Madonna knew that a little, maybe even a lot, of controversy goes a long way. More recently, she superimposed a swastika over the image of a far-right French leader during a concert in Paris and taunted Putin over Russia’s anti-gay laws.

Rather than shy away from scandal, she embraces it, rubs our faces in it, and justifies every move as her right to artistic expression, freedom of speech and independent thinking. She may not have invented the phrase “There’s no such thing as bad publicity,” but she turned it into an art form.

Put on a Show

As her sold-out tours in the world’s biggest venues attest, there’s nothing quite like a Madonna concert. Among thousands of rabid queer fans, we’ve enjoyed dance numbers that trek every corner of the stage, as well as intimate spotlights on just a girl and her guitar. Madonna knows how to please a crowd.

The other lesson that queers love from her performances? Always leave them wanting just a little bit more.

If you aren’t having fun, why are you working so hard to have a life? With her life as the example, Madonna asks that question then answers it time and again.

Mary’s Madonna-rama is set for Aug. 17, and you can also go check out photos from the M60 party at Heretic.

This feature originally appeared in Q magazine. Read the full issue below, and pick up a new hard copy every Wednesday.