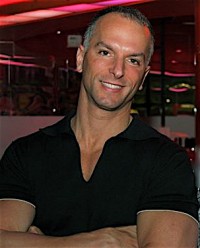 Thursday nights at Halo, once the weekly “it” events for gay Atlanta, became the stuff of legend after they ended. Now party promoter Chris Coleman (photo) aims to turn back time.

“I think it’s just a great night to add back into the Atlanta nightlife scene, because people will go into it with the anticipation, knowing how popular it was, and what it will be like,” Coleman says. “The venue is just awesome, and I think this will bring the magic back and be even more popular.”

To start, Boyz Night Out will be a three-week engagement in December. Project Q Atlanta is the presenting sponsor of the events, which will bring “something special—and maybe even monumental—for each of the Thursdays,” Coleman says.

Besides the boys, beats and beverages, the kickoff event on Thursday, Dec. 3 will be a victory party for newly elected Atlanta City Council candidate Alex Wan.

“A victory party for Alex was perfect to start things off because everybody’s so excited for him,” Coleman says. “He’s excited about having it, and I’m happy to be in a position to do something like this for such a great guy.”

On Dec. 10, the special guest is DJ Tye, a DJ who throws down his own mixes as well as popular music by other artists. Oh yeah, and he’s hot.

“Tye is one of those guys that is across the board, everyone thinks is hot, so hot that I expect him to cause a little mayhem when he takes his shirt off,” Coleman says. “He’s one of those that 99% of our patrons will be happy to look at as well as hear.”

A Boyz Night Out holiday party is in the works for the Dec. 17 event. Food—including desserts–will be on hand for the revelers.

But here’s the really good news. Coleman promises that if your attendance at the December events makes it work, Boyz Night Out could become the hot ticket in 2010—firmly planting Thursdays at Halo back in their rightful place on the party map.