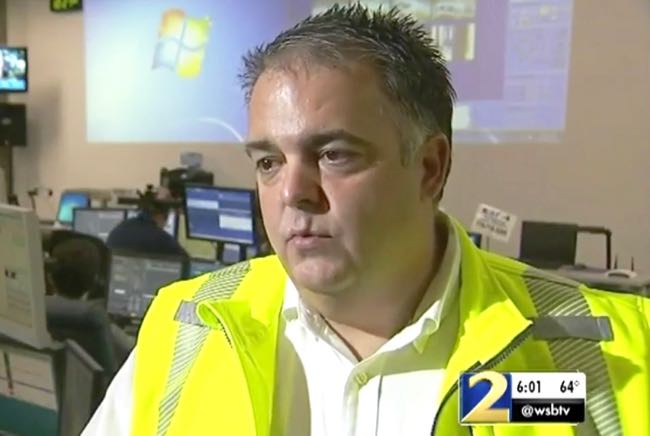 David Kimbrell – a longtime fire chief and emergency management director in North Georgia – was abruptly fired after a video surfaced of him engaged in “an intimate encounter” with a male employee he hired.

Kimbrell's employment as emergency management director in Hall County was terminated Thursday, the same day officials discovered the video on a county computer server, according to WSB.

“After reviewing the facts of this matter with you, and following a review with Human Resources, given the egregious nature of the offense, your employment with Hall County is hereby terminated effective immediately,” interim County Administrator Jock Connell wrote in a hand-delivered termination letter.

The letter accused Kimbrell of violating five policies, including conduct or language that could be interpreted as harassment, possession or storage of inappropriate material in the workplace, engaging in disruptive and unsettling behavior, violating the county's mission and objectives, and violating the county's ethics program.

A county marshal escorted Kimbrell to his office to remove personal belongings before he was forced to depart.

WSB reported that the video shows Kimbrell involved in an intimate act with a younger employee he hired as fire chief. But WSB said it's not clear if Kimbrell hired the man before or after the video was recorded.

The source told Winne that county officials said Kimbrell was fired after video surfaced on a county computer server of Kimbrell engaged in an intimate encounter with a young man who was hired by Hall County Fire Services when Kimbrell was fire chief, a post he held until August 2014.

Kimbrell told the Gainesville Times that the video was stored on a personal computer and mistakenly uploaded to county servers. But Kimbrell did not discuss the content of the video.

“My personal computer backed up to the county network, and there was some stuff on there that they considered inappropriate,” Kimbrell told The Times Monday afternoon.

“It was just a policy violation and nobody’s fault but mine. No hard feelings against the county,” Kimbrell added.

The county turned the matter over to the Hall County Sheriff's Office, which is investigating to see if any criminal activity took place, WSB reported.

Kimbrell was hired by the county in September 1991, according to the Times. He was later named both fire chief and emergency management director until August 1994, when he was stripped of his fire command in the wake of a fire truck accident that injured three firefighters.

We've reached out to Kimbrell and will update the post if he responds.