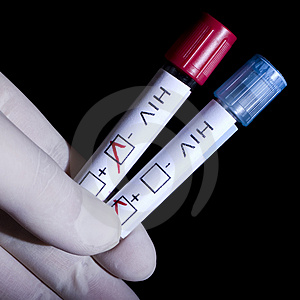 Fewer men who have sex with men in Atlanta are HIV-positive than seen in other metro areas, though more than half of the HIV-infected men here don’t know they have the disease, according to a new report from the Atlanta-based Centers for Disease Control & Prevention.

The report, released Thursday in the CDC’s “Morbidity and Mortality Weekly Report,” shows that nationally, some 19 percent of men who have sex with men (MSM) are HIV-positive and 44 percent are unaware of their status. In Atlanta, some 6 percent of MSM are positive, but 55 percent didn’t know they were HIV-positive.

The results are drawn from 8,153 HIV tests conducted in 2008 across 21 metro areas in the U.S. Some 343 gay and bisexual men were tested in Atlanta, the lowest HIV rate among all areas included in the study. Baltimore scored the highest at 38 percent testing HIV-positive.

But metro Atlanta’s rate of 55 percent of those testing HIV-positive being unaware of their status was among the highest, behind only Baltimore (73 percent), San Juan (72 percent), Philadelphia (71 percent) and Detroit (70 percent).

The results come just days before National Gay Men’s HIV/AIDS Awareness Day, which is set for Monday. Positive Impact is planning a full day of events and free HIV testing in its Atlanta offices on Monday.

“The high proportion of MSM unaware of their HIV infection continues to be a serious public health concern, because these MSM account for the majority of estimated new HIV transmissions in the United States,” the CDC says in the report.

Other findings of the study:

• Young MSM (aged 18–29 years) (63 percent) and minority MSM (other than non-Hispanic white) (54 percent) were more likely to be unaware of their HIV infection.

• Increased efforts to educate MSM and health-care providers about HIV testing guidelines and to reduce barriers to HIV testing for MSM are necessary; MSM remain a key target for HIV testing and prevention programs.

• Sixty-seven percent of men reported a household size of one. The majority had health insurance (66 percent) and had visited a health-care provider during the preceding year (76 percent).

• Because 45 percent of MSM who were unaware of their infection were tested within the previous 12 months, shorter intervals for testing some MSM might be warranted and should be considered in future recommendations.