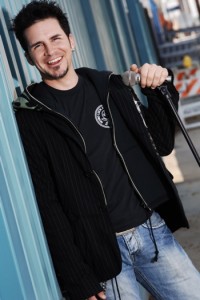 You probably remember him as Michael on “Queer as Folk,” from movies like “Dude, Where’s My Car,” as a regular on VH1, or as a former host of “Talk Soup.” But actor Hal Sparks actually got his start in stand-up comedy.

“I’ve been touring since I was 17,” he says. “I get my sense of humor from two of the greatest life circumstances for a comic: I grew up poor and short.”

Sparks’ humor today also has a political bite. Audiences at his stand-up shows in Atlanta this Thursday through Sunday at Laughing Skull Comedy Lounge will hear his take on gay marriage, legal marijuana, and Republicans, among other issues on his mind.

“Comedians are a bullshit meter,” Sparks says. “We call it out when we see it, so I try to do that on a lot of different fronts.

“I don’t do drugs, but I’m on the board of The Marijuana Project,” he continues. “I’m not gay, but speak on marriage rights. I know my opinions, and I try to create a circumstance where people can revisit their own.”

He just finished a hilarious satirical video for FunnyOrDie.com in which he plays a character with a “GOP response” to President Obama’s address to school children.

The local shows are special in a couple of different ways. During the Atlanta run, Sparks will record a comedy CD for a release late this year or in early 2010. Even better, a portion of the proceeds from Sparks Atlanta shows go to Atlanta Pride, courtesy the comedy club and Pearl Day.

“That’s great,” the comic says. “I’ve been to lots of Pride events with ‘Queer as Folk,’ and they’re so affirming. I still do AIDS Walks, NO H8 rallies and the like.”

Sparks, who turns 40 next week, says his views on gay rights only strengthened during his time on “Queer As Folk.”

“On an actor level, I was very fortunate to get the part,” he says. “On a social-political level, it was a gift. How can you do a show like that and not continue to further that cause afterward? That would just be silly and hyper-illogical to me.”

In his comedy show, expect to get an earful on marriage rights.

“I personally won’t get married because I don’t think the government should have a say in my relationships,” the straight actor says. “In my view, it’s just not necessary. But in the act, I talk about gay marriage, and I try to do it in a way that changes minds as opposed to closes ears. I find it’s better to pants the opposition than espouse your side.”

So what’s next for Hal Sparks? In addition to the tour, he just completed filming a new movie called “Extract,” and is “doing a lot of political talk radio lately,” he says. “I also Twitter a lot. Follow me, because some of my best material gets its start there.”