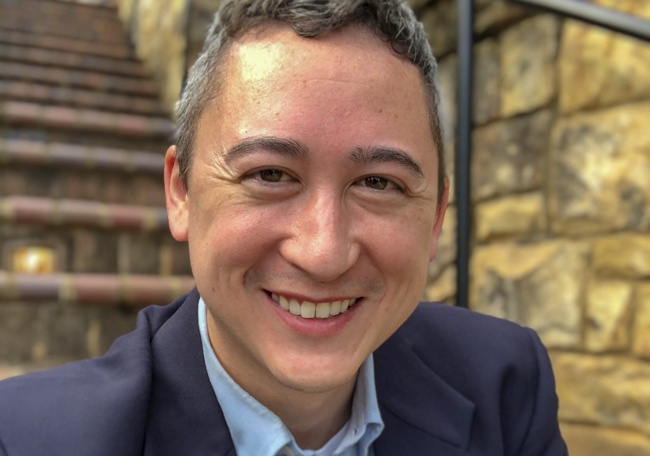 Ben Ku – who will become the first openly gay member of the Gwinnett County Commission in January – wants to add sexual orientation, gender identity and gender expression to the county’s nondiscrimination policy and plans to make LGBTQ equality a priority during his term.

“That’s amazing for me because [the current policy] conspicuously doesn’t include those categories,” Ku (top photo) told Project Q Atlanta. “Other than that, it’s very comprehensive, but it stood out like a sore thumb.”

The current policy prohibits discrimination based on race, color, genetic information, religion, sex, national origin, disability, age or political affiliation. The policy only covers county employees, but Ku has his eyes on broader protections down the road for county residents and visitors.

“[Doraville City Councilmember] Stephe Koontz was working on one that was more comprehensive in Doraville,” Ku said. “I’m going to be looking at that as a potential model.”

Koontz is the first openly transgender member of the Doraville City Council and only trans elected official in Georgia. She recently spearheaded the effort to pass a sweeping ordinance that prohibits discrimination based on sexual orientation and gender identity in private employment, housing and public accommodations. The city of Atlanta is the only other municipality in the state with such protections.

Ku, who is the grandson of Chinese immigrants, also said he wants to fight a controversial program that gives law enforcement agencies the same powers as immigration officials.

“It’s a bad program that is a waste of our tax dollars,” he said.

Ku beat Republican incumbent Lynette Howard by nine points to win the District 2 seat on the Gwinnett County Commission on Nov. 6. Marlene Fosque also won, giving the commission its first Democratic members since 1986, and its first non-white members ever.

Ku said Commissioners Jace Brooks and Charlotte Nash reached out to congratulate him on the night of the election, but he hadn’t heard from Commissioner Tommy Hunter.

Hunter landed in the news in 2017 after calling civil rights icon and U.S. Rep. John Lewis a “racist pig. He also called Democrats “Demonrats.” Hunter, who is white, apologized but refused calls to resign.

Ku was diplomatic in his response about whether he foresees any issues with Hunter.

“I just hope that we can work together to represent all the residents of Gwinnett,” he said.

When asked about whether he expects to get along with Ku and Fosque, Hunter told the AJC, “Of course we can. And will.”