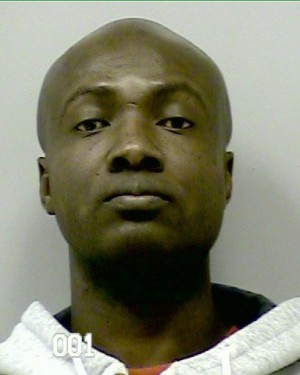 You can look but you can’t touch. That’s the cardinal rule for deputies who work in jails. Too bad for Duone Clark, who got his gay groove on with a Gwinnett inmate and now finds himself behind bars. It’s probably not the reality he hoped for when he played out his cellblock sex fantasy.

Clark, 40, resigned from the Gwinnett County Sheriff’s Department when the 36-year-old inmate alleged the two had sex on Jan. 13. Clark (photo) is now charged with felony sexual assault and violating his oath of public office. The inmate remains jailed on charges stemming from his November arrest for financial identity fraud, theft by deception and probation violations.

Authorities said Clark didn’t force the inmate to have sex, but under state law that’s a moot point. A sheriff’s deputy wouldn’t say if Clark had sex with other inmates, according to WSB. Other inmates witnessed the hook-up.

“As the investigation continued, we found enough evidence to secure warrants,” Gwinnett Sheriff’s Lt. Sean Smith told the Gwinnett Daily Post. “Witnesses have been interviewed, and that was part of it.”

Clark is being held without bond in an Oconee County jail.