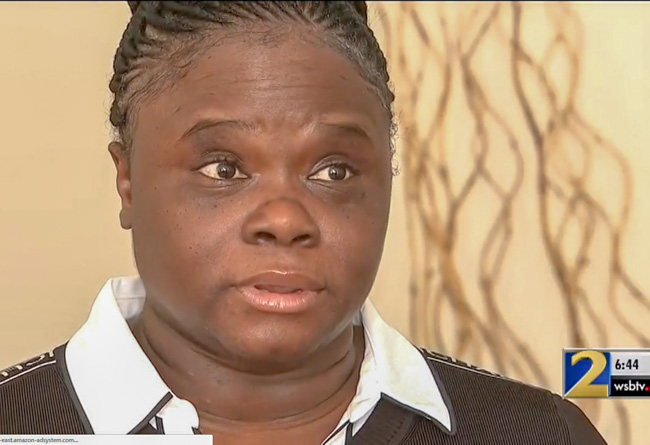 Two Gwinnett County school teachers were suspended after they repeatedly teased a 14-year-old boy about his sexuality in front of his entire class.

Jean Mott said that her son came home from school in tears one day in December. The Shiloh Middle School eighth-grader said the teachers implied he was gay, leading other students to bully him, according to WSB-TV.

Mott (top photo) said the teachers called another boy her son’s “boyfriend” after he was absent from school for a few days.

“The teacher said to my son, 'Your boyfriend was cheating on you while you were away. Oh, you two make a really good couple,'” Mott said.

She also said one teacher accused her son of chasing boys around the school after a classmate pushed him.

The teachers are Donald Holmes and India Cornelius, according to the AJC. The two apologized to Mott after she confronted them.

School officials investigated and found the teachers’ comments “inappropriate,” according to WSB-TV.

A statement from school officials reads, in part: “Both investigations found that the teachers’ comments were inappropriate. As a result, disciplinary action was taken against both teachers.”

The school suspended Holmes and Cornelius for two days, but Mott wants them fired. The Georgia Professional Standards Commission will decide if the teachers keep their education certificates.