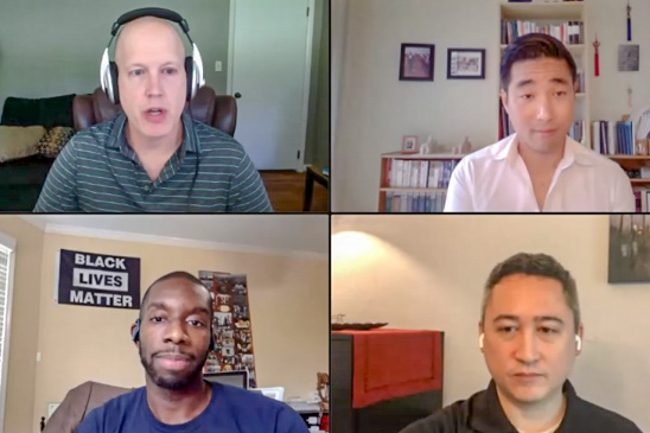 A gay Gwinnett County commissioner led the successful charge to enact employment protections for the county’s LGBTQ workers last month, just two weeks before the U.S. Supreme Court did the same at the federal level.

The measure adds sexual orientation, gender identity and gender expression to Gwinnett County’s nondiscrimination policy, according to Commissioner Ben Ku. It narrowly passed 3 to 2 at the commission’s June 2 meeting. Commissioners Jace Brooks and Tommy Hunter voted against the change, according to the minutes of the meeting

“It really is a matter of clarity,” Ku told Project Q Atlanta. “We had this language in six different places, and it was written six different ways. So part of that effort was really just to get it uniform, consistent and clear. It explicitly calls out sexual orientation and gender — both expression and identity.”

Ku made protections for LGBTQ county workers a priority after taking office in December 2018. He is the commission’s first openly LGBTQ and first Asian-American member. In 2016, Park became the first openly gay man elected to the state legislature when he won the House District 101 race in Lawrenceville. Blair became the first person of color elected to the Gwinnett School Board in 2018, and its first LGBTQ member after coming out in 2019.

It’s important for people to identify with those in positions of power, Blair said.

Ku’s successful effort to get the commission to issue a Pride proclamation in 2019 proved the significance of having LGBTQ representation, he said.

“The reason that we hadn’t done one before is that nobody asked, and I’m sure there are people on staff who would have loved that,” he said. “But there was just never a commissioner to actually ask for that.”

The three leaders ran not only to make history but because they care about issues, Park said.

“That’s an important component of this,” he said. “It demonstrates not only that LGBTQ individuals can thrive in these areas in which we were often excluded, but it also demonstrates … that the people whom we serve are ready for representation regardless of our sexual orientation.”

“It’s an indication that Georgia is ready to move forward, which gives me hope,” he added.

Being younger, LGBTQ and non-white has posed some challenges for the three leaders when attempting to work with counterparts in their respective roles.

“The youth is the biggest differentiator, then race, then the LGBTQ thing just becomes icing on the cake,” Ku said.

Blair is working on adding LGBTQ protections to the school board’s nondiscrimination policy.

“The biggest thing educationally is just figuring out how to speak to other people on the board’s values for an issue that they have not conceived of because it does not directly impact them,” he said. “It’s hard, because I think we still live in a society where people cannot get outside their own lived experience and empathize with somebody else’s.”

And not everyone in Gwinnett is embracing the county’s changing politics. Park said he’s had doors slammed in his face while canvassing during his campaigns — not because he’s Asian or gay, but because he’s a Democrat.

“As soon as I say the D word, people jump as if they’re going to catch something,” he said. “I think some people will always be inherently scared of changing demographics and things of that nature, and I think it’s incumbent upon us to lean in and try and ameliorate their fear.”

“It’s our obligation to ensure that we are there and we remain present and visible to demonstrate that our communities, especially those such as the LGBTQ community, that we are here and we’re not going anywhere,” he added.

The pandemic’s ‘cascade of chaos’

Finding common ground is the key to bridging the divides, Park said. That’s what he said helped the state legislature pass an LGBTQ-inclusive hate crimes bill in June.

“When we talk about how to dismantle systemic racism, it does show up in our education system, and I would say that schools have the greatest possibility in order to address it so it less so impacts future generations,” he said.

All three leaders are concerned with the recent spike in coronavirus infections. Gwinnett’s schools aren’t ready for in-person learning yet, Blair said.

“We just don’t even have a situation where people can get access to testing, and you can’t put teachers around hundreds of different students a day not expect a cascade of chaos where there’s going to be subsequent closures anyway because of incidences of exposure,” he said.

Park is frustrated with what he called “a lack of leadership at the state and national level.”

“There’s that false choice often made between dealing with the pandemic and the economy,” he said. “People aren’t going to go back to business as usual if there is a daily virus with unknown unintended consequences that is rapidly spreading.”

Ku and his father, a bioengineering professor at Georgia Tech, created an online crowdsourcing tool to help track the spread of the virus.

Park encouraged the next generation of leaders to “rise up.”

“In America, we’ve always seen the young lead change movements, whether with the civil rights movement, the Black Lives Matter movement, the demand for gun safety,” he said. “Those are all fantastic things.”

“The one thing I would urge is for us to be smart, to hone the power that we wield so that that translates into electoral power, in which we have control over the levers of power because that’s ultimately I think the way in which we can make permanent change,” he added.