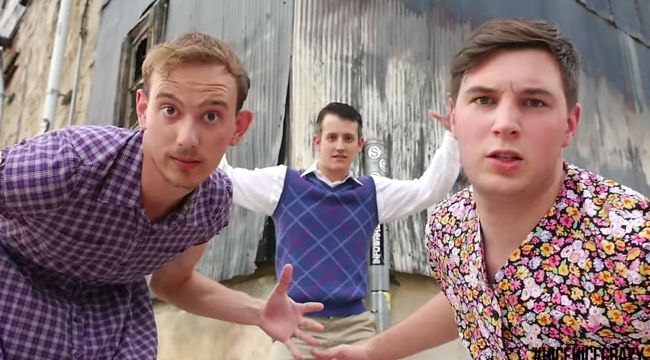 Gay sodomy expert Jody Hice gets the ridicule he deserves in a YouTube parody that sets his anti-gay rants and other offensive ramblings to music with the help of two guys in drag, Vanilla Ice and his 1989 hit “Ice Ice Baby.”

“Hice Hice Crazy” has received nearly 25,000 views since its release on June 23. It’s a poke at Hice ahead of his GOP runoff later this month against Mike Collins for the 10th District House seat, which includes portions of metro Atlanta and Athens. Hice’s extreme anti-gay views – peddling in offensive stereotypes and complaining of a gay plot to sodomize children – are too toxic even for some conservative voters in the district, who complained about him in a recent mailer.

The parody from Shing Productions doesn’t hold back in its contempt for Hice: “Something grabs a hold of me tightly. Is it the spirit or a bunch of gays around me.”