Guest stars come to make Out On Film sparkle 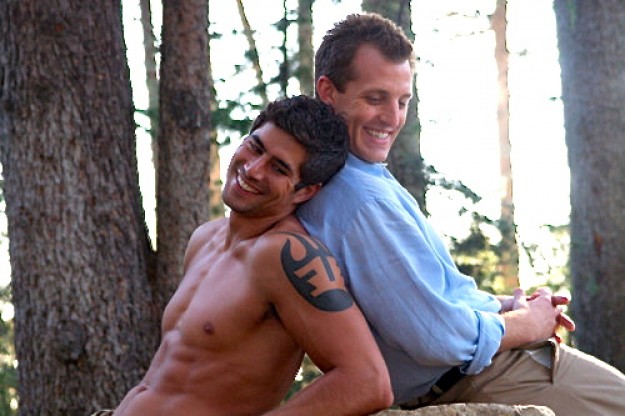 Atlanta’s 25th annual LGBT film festival is less than two weeks away. Now a long guest list of featured Out On Film directors and actors are set to add behind-the-scenes scoop to the screenings and afterparties throughout the festival. We already told you about the one and only Coco Peru. The drag legend heads to town accompanying her scene-stealing turn in the 1999 gay comedy classic “Trick," which screens Oct. 10 as one of the retrospectives honoring the festival’s 25th anniversary. The movie’s director Jim Fall will also be part of the audience discussion after the screening, and both will attend an afterparty at Mixx. Peru also performs her act at Mixx the following night. And more stars come out as early as Opening Night. The highly anticipated headliner “Gayby” (watch the trailer) comes with the added bonus of its director Jonathan Lisecki on Oct. 4. The charming, funny and touching film follows a gay man and his straight female bestie who decide to have a child “the old fashioned way.” Lisecki, who also has a hilarious supporting role in the film, will answer questions after the screening before heading over to the W Midtown’s Spice Market for the Opening Night party. That’s all fine and very good, but – go ahead, call us horndogs for this – we may be most excited about actor Joel Rush (top photo, left). You may remember him from TV’s “True Beauty” and the campy gay “Eating Out: Drama Camp” but you’ll get to see Rush in the flesh at Out On Film. He stars as the sexy love interest in “Love Or Whatever” (watch trailer) on Oct. 5. He answers questions and gets pulses racing after the movie. If having Rush in Atlanta gets us going, we’re beside ourselves about the Project Q-sponsored closing night film “BearCity2: The Proposal” (watch trailer). The sequel to Out On Film’s most popular feature of all time is the Closing Night centerpiece on Oct. 11. It’s also already the fastest-selling ticket of the entire festival, so hurry to get your seat and join us. We’ll welcome actor Gerald McCullouch and director Doug Langway at the screening and the Closing Night party. Other VIPs on the Out On Film guest list include actor and director Chad Darnell of “Groom’s Cake,” documentary filmmaker Robert Camina who created “Raid of the Rainbow Lounge,” Sundance Award winning director and former Atlantan Macky Alston of the Bishop Gene Robinson bio-doc “Love Free or Die,” and director Richard LeMay of “Naked As We Came.” Flip through the digital version of the Out On Film guide page-by-page online now for a look at the full schedule, including a synopsis of each film. Out On Film runs Oct. 4-11 at Landmark Midtown Art Cinema.