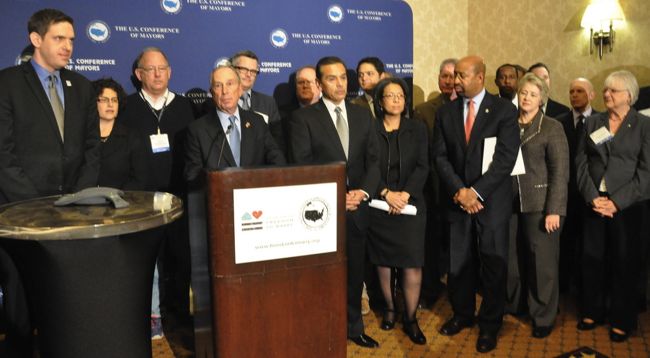 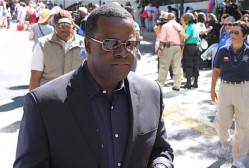 Scores of U.S. mayors, including some from the largest cities in the country, stood together on Friday to support gay marriage. Guess which Southern mayor wasn’t holding hands with them?

It would have been easy, too. Mayor Kasim Reed was apparently already in D.C., holding hands with gay marriage foe Gov. Nathan Deal to lobby for funds to deepen the Savannah Port. But no, Reed wasn’t among the leaders who joined a Freedom to Marry press conference on Friday during the 80th annual U.S. Conference of Mayors to launch Mayors for the Freedom to Marry.

Even a Republican joined the event (top photo).

“Allowing loving and committed couples to join in marriage has benefits not just for couples and their families—but also for society,” says San Diego Mayor Jerry Sanders, a chair of Mayors for the Freedom to Marry. “Marriage encourages people to take responsibility for each other, provides greater security for children, and helps our country live up to its promises set forth in our founding documents. These are important values for a strong society, and we should encourage them.”

Reed (bottom photo) has a long track record of supporting LGBT issues, both as a state lawmaker and since he took over City Hall in 2010. But when it comes to same-sex marriage, the mayor’s support doesn’t go that far.

Maybe he’s still evolving on the issue. He could have asked this rabbi or that pastor for help. But he better hurry. Even Obama is hinting that his evolution may be complete.

Photo via Freedom to Marry