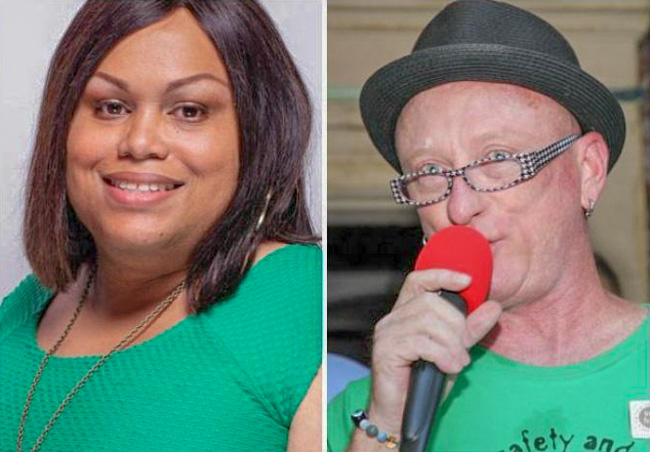 Housing stability is more vital than ever, according to Nasheeda Muhammad (photo left), co-executive director of Lost N Found Youth.

“For our youth, sheltering in place was not an option,” she said. “Washing hands daily was a luxury prior to the pandemic. They are depending on organizations like ours to be their lifeline.”

In the last six months, Lost N Found canceled multiple events and programs, faced an increased demand for services and watched as donations dropped. But the organization made its 12 beds for emergency and transitional housing at Park Avenue Baptist Church available for extended stays, according to Muhammad.

“The pivot was seamless,” she said. “We’ve had youth sheltering with us in our emergency facility since early March and have had uninterrupted service of meals and other essential services during this time.”

Lost N Found’s space at Park Avenue Baptist Church includes a 5,000-square foot youth drop-in center that opened in October. The group also has eight beds for emergency and transitional housing at its shelter in the West End. The Fulton County Board of Health helped the group get both facilities in compliance with guidelines on pandemic safety, according to Muhammad.

The organization’s namesake thrift store on Chantilly Drive near Interstate 85 and Cheshire Bridge Road closed for two months during pandemic lockdowns. The store accounts for 60 percent of the group’s revenue, according to Muhammad. It has since reopened with reduced hours and new safety protocols in place. Lost N Found also postponed all in-person fundraising events, including its annual gala. Supporters have helped fill in the gaps, Muhammad said.

“We’ve had individuals who have stepped up and hosted small fundraisers for us or donated items like cleaning supplies and masks,” she said. “It’s been nice to know we have the community behind us in our work.”

At least one frontline worker is among those who Lost N Found supported. Aerglo Richardson, a nurse technician at Emory Hospital, was sleeping in her car before moving into the Park Avenue Baptist Church facility as the pandemic broke out.

“I no longer feel like I’m in survival mode,” she said in a press release. “In the hierarchy of needs, if you don’t have the basics fulfilled, you can’t go further or do much with your life. It even started affecting me at work.”

“We decided to pull back out of those two projects, and I’m glad we did because every resident lost their job,” he said. “The program we have is designed to work with the resident paying rent on a weekly basis, and they haven’t had a job to do that.”

Rent, utilities and insurance at the existing shelter total $4,000 per month, according to Westbrook. Residents pay $500 a month for rent and utilities. That disappeared as residents lost their jobs in March and April, Westbrook said. Since then, two of the five residents did find new jobs, and Rainbow House launched a GoFundMe campaign in June that’s raised $3,000 of a $10,000 goal.

“It has put a definite strain on our financial resources,” Westbrook said. “The fundraiser set us up so we should be able to continue to do what we’re doing till the end of the year at least, and by then they should have everything in place.”

The pandemic also put an emotional strain on the residents.

“All the clients have gone through major depression from being cooped up so long,” Westbrook said. “There’s had to be a lot of pep talks.”

Westbrook co-founded Lost N Found Youth in 2011 and resigned as executive director of the group in 2018. He launched Rainbow House later that year.