Grindr users trick and vote. Or vote and trick. 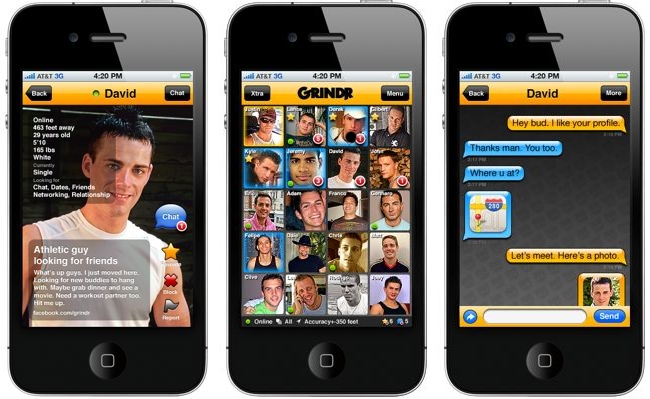 Leave it to the gays to multitask like this: Hitting the voter booth on Tuesday before (or after) hitting that trick found on Grindr. Unfortunately, some self-loathing queens hated themselves enough after cruising that they voted for Romney.

Among the other things that the gays could do this election season on Grindr – you know, besides the obvious – is take advantage of the app’s foray into advocacy and election work through Grindr for Equality. No, really. It’s something more than a way to trick with a political wonk.

So the service pushed 135 in-app messages to users with specific calls to action. That, in turn, prompted more than 40,000 click-throughs and thousands of guys to take some sort of action like volunteering, donating or signing petitions in favor of equality, the company said Thursday.

So those LGBT voters that made up 5 percent of the 2012 electorate? Some made their way to the polls thanks to Grindr. Hopefully after they cleaned up from their tryst.

“This election proved that the American people care about equality and that voting and being politically active as gay men can yield real results. The years we’ve spent fighting for our rights are starting to pay off on a massive scale,” Joel Simkhai, Grindr’s CEO and founder, says in a prepared statement. “I’m proud of the fact that Grindr was able to help mobilize key blocs and educate our tremendous user base on the important issue of voting for equality.”

Yes, mobilize. Like Grindr users did at the Democratic National Convention in September.

But not so fast. Of the 12,000 Grindr users surveyed on Wednesday, 20 percent of the ones that voted picked Romney. That’s the candidate that didn’t support LGBT equality. It’s a number that’s only slightly less than the 23 percent of LGBT voters nationally that said they voted for the Republican. Ponder that for a moment.

And then consider that a chunk of that 20 percent must live in Georgia. Obama got thumped here and so did all but one openly gay candidate.