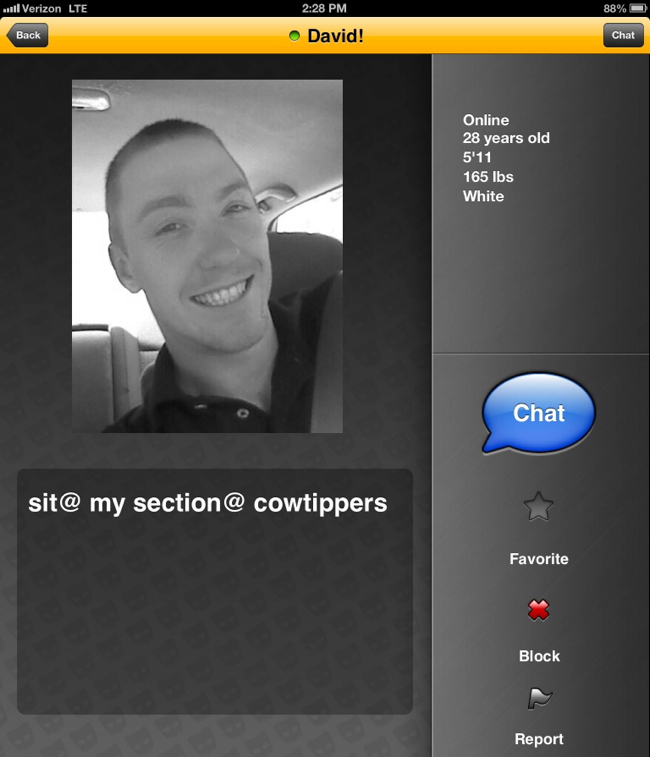 Meaty joint Cowtippers doesn't enjoy the Sunday Funday patio following of its sibling Joe's on Juniper. (It also isn't sharing Joe's trip through bankruptcy.) So a gay waiter is taking their matters (and meat) into his own hands with some viral marketing. On Grindr.

Ingenious? Maybe. Crafty? Certainly. And you need that to stand out on the cruising app. Run through a pit of fire, anyone? So server David hopes to catch your interest in two kinds of meat at the same time — his and the grub at Cowtippers. Now that's a culinary three-way. It's certainly a better approach than hey, you want to prison rape me?

At least he's keeping it classy. No shirtless torso. No seductive pose. No duck lips. No ranting against ethnic groups he's not interested in. Just his smiling face and two pitches — his personal stats and a plea to sit in his section at the restaurant. What's left as a tip is between you and him.