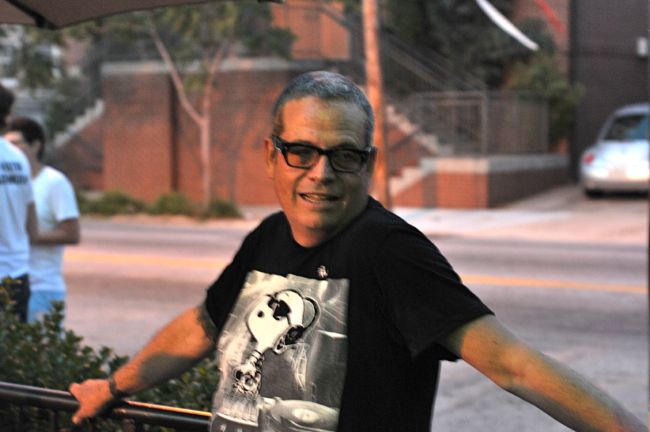 Everyone loves gay barkeep Grant Henry and his Sister Louisa’s Church of the Living Room & Ping Pong Emporium, except maybe for his iPhone thief and a couple of vandals. And Henry hopes that love — and the crowds, Lady Gaga and more — follows to his next concept bar when it opens in the new year.

That’s right. The guy who shook up the Old Fourth Ward and gay Atlanta’s bar scene when he opened Sister Louisa’s two years ago is flush with cash and ready to open a new space. And this one, like the last one, is likely to unnerve some folks who don’t quite get Henry’s eclectic and edgy aesthetic full of religious knickknacks.

First, this to the Atlanta Business Chronicle:

In the next year, he hopes to either expand Church with private event space or open a new concept in Old Fourth Ward. His next venture might be a tribute to the Martin Luther King Jr. National Historic Site.

Whatever’s up his sleeve, it’s sure to turn some heads.

“You got to give them something to talk about,” he said.

And this in a profile in Creative Loafing, which named him one of 20 People to Watch in 2013:

“I think I have an important role down here,” he says, “but the role more is that I’m a fucking fool that has more faith than brains.”

For his next concept bar on Edgewood — and there will be a next in 2013 — he plans to pay homage to the neighborhood’s civil rights history. He’s mum on the details, but with Church pulling in a steady flow of cash, a number of Henry’s offbeat ideas may become realities, and continue to help transform Edgewood Avenue in the process.

Cherry on top? Henry’s not the only gay to make Creative Loafing’s list.