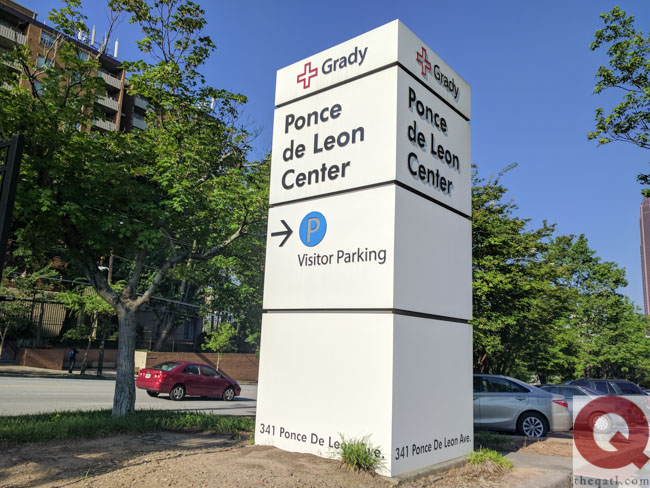 The facility now serves approximately 6,200 people in metro Atlanta living with HIV, according to Wendy Armstrong, medical director for the Infectious Disease Program at the Ponce de Leon Center. That’s a 33 percent increase in the past decade.

“We are bursting at the seams,” Armstrong told Project Q Atlanta.

The facility doesn’t have enough examination rooms or space to put its patient navigators and peer navigators, “who are critical to a renewed, focused attention on getting people in care and keeping them in care,” she said.

“It’s about an increased patient load, it’s about focusing more on our patients that may need more support to access and stay in care and it’s about a building that has not been updated in 20 years,” she added.

Grady filed a notice with the Georgia Department of Community Health in December that proposes a $38 million renovation of the facility. Officials have yet to finalize a timeline for the project, which is being funded by DeKalb and Fulton counties, as well as private donations.

The project will convert two floors of the building to open for medical care, as well as renovate all remaining floors, according to Armstrong. The center was founded in 1986.

“The way we use the space isn’t conducive to the future disciplinary approach we’d like to have,” she said.

They plan to keep the Ponce de Leon Center open and operational during the renovations.

“These discussions are going at a rapid pace,” Armstrong said. “We are meeting with the groups that are integral partners on a very regular basis. There is no dragging of feet.”

“It’s a complex operation that is going to require appropriate planning to keep the building functional during the renovation,” she added.

Atlanta has the fourth-highest rate of new HIV infections of any city in the U.S., according to the Centers for Disease Control & Prevention.

Four metro Atlanta counties – Cobb, DeKalb, Fulton and Gwinnett – are targeted as part of the federal plan to end HIV/AIDS by 2030. Forty-eight counties in 19 states – plus seven states overall – are part of the plan.