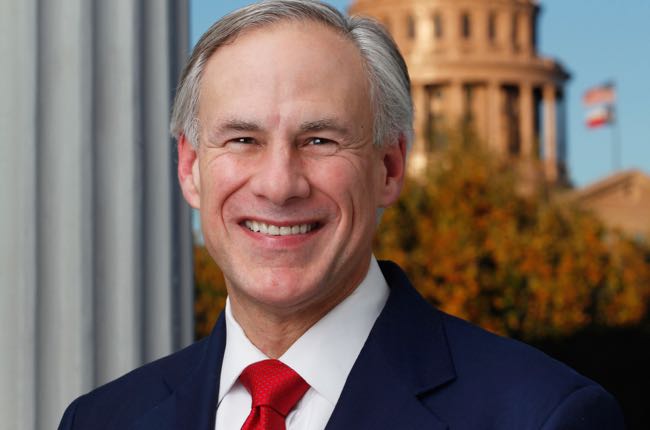 Texas Gov. Greg Abbott, sensing that maybe someone isn't clear on his anti-gay creds, jumped into the last-minute HERO fray on Monday to urge voters to ditch the non-discrimination ordinance.

And in case a shot at HERO wasn't enough, Abbott's tweet also offered some fear mongering and knocked Hillary Clinton, the Democratic presidential frontrunner who endorsed HERO last week among a flurry of celebrity endorsements.

HOUSTON: Vote Texas values, not @HillaryClinton values. Vote NO on City of Houston Proposition 1. No men in women's bathrooms.

Abbott joins Lt. Gov. Dan Patrick in opposing HERO, though Patrick also chipped in $70,000 to fund an ad denouncing the measure. Harris County Sheriff Ron Hickman also frowns on the ordinance, as does Steven Hotze, the anti-gay Houston doctor who likes to unsheathe his sword against LGBT issues.

Abbott isn't a fan of any LGBT issue. He applauded the Texas Supreme Court in July when it forced Tuesday's public vote. Abbott also criticized the U.S. Supreme Court for “imposing” gay marriage on the state.