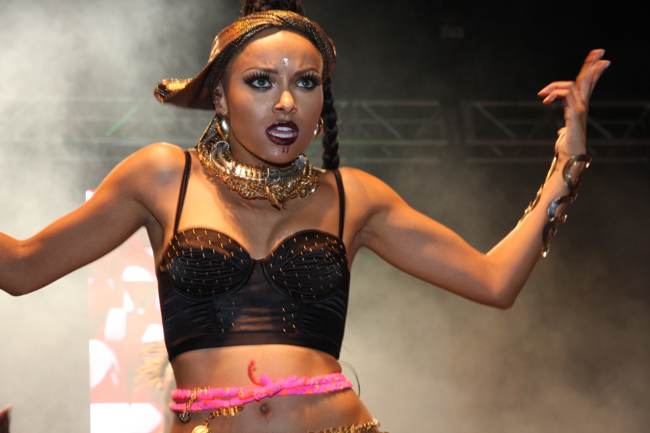 Listen up, singers, performers and would-be Pride entertainers: The time is now to register and be considered for the stages at October’s Atlanta Pride celebration of all that’s gay and good. Don’t say you weren’t told.

Can you believe it? The countdown to Atlanta’s biggest LGBT festival begins. All of the applications and registration forms for the 2013 fandango are now live. Even though entertainment entries are accepted for six months – the deadline to apply online with your best self-plug is Aug. 2 – the committee hears every year from acts that missed the deadline because they “didn’t know.” Well, now you do, so don’t put it off if you think your rap, song, dance or spoken-word has what it takes to juice-up the lineup.

If you griped about Kat Graham (top photo), Andy Bell, Amy Ray or the Sexual Side Effects last year and think you can do better, step up with your best foot forward. You know, because you’re all:

Registrations are also now open for the vendor market, non-profit booths, food vendors and parade entries. Fees increase for market and parade entries if registered after March 1, so get ‘er done now to get the early bird special. Year-round volunteer and membership applications are online, too. The 2013 Atlanta Pride festival takes place Oct. 12-13.