Glambert and Gaga duke it out for gay dollars 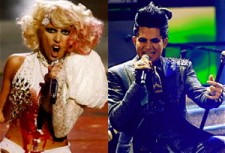 After two of the most memorable appearances on Sunday’s American Music Awards, Lady Gaga and Adam Lambert (photo, l-r) are among artists with the biggest—and gayest—new releases this week.

So many albums come out on “Black Monday,” Nov. 23, marked specifically for holiday shopping. We will get to some of the other notables this week, but here’s the scoop on Monday’s two big gay releases.

If there is a competition for the gay dollar between the two, don’t pick sides. We recommend both of these accomplishments–for your own enjoyment as much as to support two of the friendliest of all LGBT-friendly recording artists. 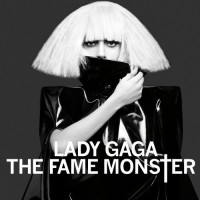 The ubiquitous, incomparable Gaga releases an eight-track EP along with a reissue of her debut album, “The Fame.” The results are genius.

The first single, “Bad Romance,” is already climbing up the charts and infesting dance floors all over the world with insistent beats and quirky lyrics. There’s also the midtempo “Speechless”—which Gaga said is “a song for my father, and it’s my favorite work of all.”

And look out Shakira! Gaga’s gunning for your fans with the Latin-flavored “Alejandro,” and the dance floor-ready “Monster” (complete with a zombie-like reference to brain-eating in the lyrics. We love us a freak).

One of the best tracks is the frenetic duet “Telephone” with Beyoncé, “Telephone,” which might feature some pretty inane lyrics (“You shoulda made some plans with me/ You knew that I was free/ Now you won’t stop calling me”), but the beats and the production are stellar.

Note: The duet is not to be confused with their collaboration “Video Phone” on the reissue of Beyoncé’s “I Am … Sasha Fierce!”)

But the goodness doesn’t stop there. “Speechless” gives “Telephone” and “Bad Romance” a run for their money. We will have to keep an eye out to see which one charts higher; all three will likely be singles.

Keep it up, Gaga. Your gays certainly approve, and can hardly wait to see what you’ll bring us next.

Adam Lambert
“For Your Entertainment” 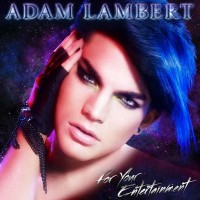 That’s a good feel of the range on Lambert’s debut album.

From the campy, vampy, suggestive title track to the pop-radio-friendly “Whataya Want From Me,” Lambert packs plenty of punch into the recording. He glides from rock to pop to punk to camp to power ballad, and there is something to be said for versatility as an artist.

There’s also something to be said for consistency vs. inconsistency. The album might come across as a scattered attempt to prove that Lambert isn’t a one-trick, glammed up pony, and we say he might reconsider some of his song choices down the road.

That said, is the album enjoyable? Yes. Will it be successful? Hell yes. Should we rally behind our face-humping, guyliner-wearing, gay “Idol” runner-up? You bet your ass!

Read more about the hype leading up to the album release, including the Project Q Atlanta take on the ‘Xanadu’-inspired album cover.