GLAAD’s Absolut start to the weekend 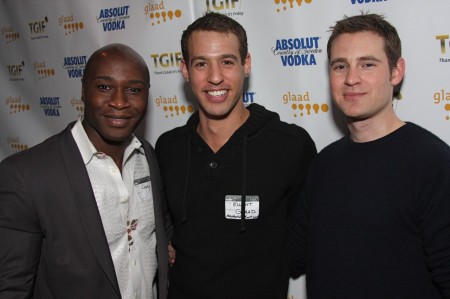 The allure of a free cocktail can be powerful. So it was no surprise that the most crowded spot in an already packed second floor of Bazzaar Urban Bar on Friday was near the bar.

Some 150 people were on hand at the Peachtree Street venue on Friday for “Thank GLAAD It’s Friday,” the Atlanta edition of a national networking series for young gay professionals. The Gay & Lesbian Alliance Against Defamation, which promotes fair and inclusive portrayals of people and events in the media, sponsored the event along with Absolut (the free drinks) and Genre.

The $35 ticket price included a one-year membership to GLAAD, two hours of free cocktails, door prizes and plenty of social networking. A few reality TV show participants were also on hand, including Danny Roberts (“The Real World: New Orleans” in 2000) and Carey Sherrell (“The Apprentice: Los Angeles” in 2007).

The second “Thank GLAAD It’s Friday” is set for March 13.