Ghosting, shaming and being mean when you’re just not that into it 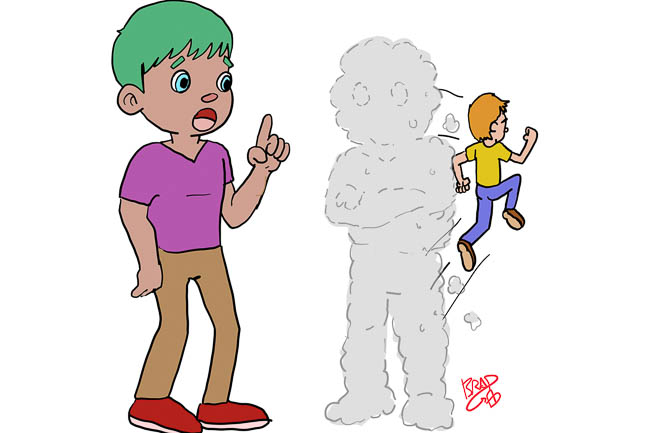 I had sex with this boy, and it was fine. With booze and whatever other circumstances, I was attracted to him in the moment, and I don’t regret it.

After the fact, I’m not very attracted to him in general, and I’m not interested in doing it again. Unfortunately, he is all about Round 2, and he’s ignoring or missing my not-so-subtle hints and detachment as clues about where I stand on the matter.

Is it OK to ghost on him? Should I say something specific? Both of those options feel like ways to hurt his feelings, and I just want an option to move on without being a total dick.

The distance of technology and the anonymity of urban life make it easier to dehumanize each other in any situation, but it hurts more personally in dating or even hookups — and the pain is not just theirs, but yours, even if it’s unconscious.

Texts, social media, apps and plenty of ways to get lost in a big city make it easier in the moment to stop communicating, especially after you drop hints. That’s why many readers will acknowledge experience on both sides of ghosting.

But just because it’s popular, is it the right thing to do? No.

The definition of passive aggression is to do nothing as an assertive act. The result for the victim is obvious, but it leaves a little scar on your psyche too. Scars like that build up.

You can do better. He may be disappointed at first, but just say, “Hey, I had fun but I’m not interested in anything more.” The truth isn’t nearly as harmful to either of you as leaving someone hanging.

You’re not a bad person for considering it, but the only way to be “a total dick” is to participate in this particular queer trend. Tell him the truth, and walk away knowing you did the right thing — and matured that much in the process.

I love being a bit of a slut. I hit on and meet a lot of people on hookup apps. No shame in that game, but I do have a problem: Rude rejections.

Some people who aren’t interested go out of their way to make me feel bad for trying. Responses include, “Fuck no. Are you seriously messaging me?” and “Did you see my pic? I’m out of your league.” One even called me a whore and said, “I don’t want to catch anything.”

I’ve been around, but my skin ain’t that thick. I’d rather get no response, or just say “not interested” without making a point to denigrate me. Is that too much to ask?

Damn. People can be awful, and that’s just everyday life on cruise apps. Everyone should get clear now that being “not interested” is not some kind of high ground.

Not responding is mildly OK, though five seconds of effort to type “No thank you” would go a long way toward the common good. What’s unacceptable is being mean. Shaming others is an epidemic among the insecure to momentarily create an illusion of superiority.

To put a finer point on it, they don’t “owe” you the kindness, but in this opinion, they do owe it to themselves, to queer culture, and to the rest of humanity.