Get your Pride ‘On Demand’ via Comcast 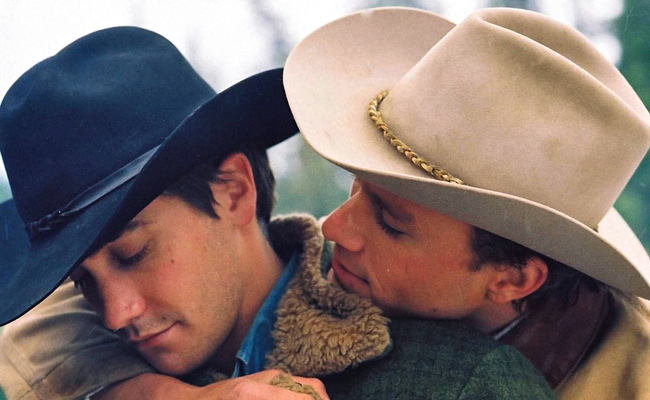 The collection isn’t wildly extensive, and some of the choices are odd, but the selections under On Demand’s “Movie Collections” menu under “LGBT Pride Month” range from recent big-budget and independent films to a few classics. Look for “Brokeback Mountain” (photo), “J. Edgar,” “Pariah,” “Boys Don’t Cry,” “Milk,” “Taking Woodstock,” “The Kids Are All Right,” “A Single Man” and “My Beautiful Launderette.” Click the highlighted ones for reviews and previews.

Comcast’s announcement of the whole collection lists some features, documentaries and TV shows — including “Modern Family” and “Will & Grace” — that don’t currently appear in the Atlanta version of the Pride menu. Strangely, Chely Wright’s coming out documentary “Wish Me Away” is currently On Demand but not included among the Pride selections. Just know it’s available if you want to catch it.

The cable provider suggests more movies may be added in the coming days and weeks, and even better, that a special menu of LGBT programming will be a permanent part of Comcast’s offerings long after Pride Month has passed.

The collection will be available to all Xfinity TV customers across Xfinity On Demand, XfinityTV.com, Xfinity TV on Xbox 360 and Xfinity.com, now through June 30, after which a new destination folder will become a permanent part of the Xfinity On Demand menu.