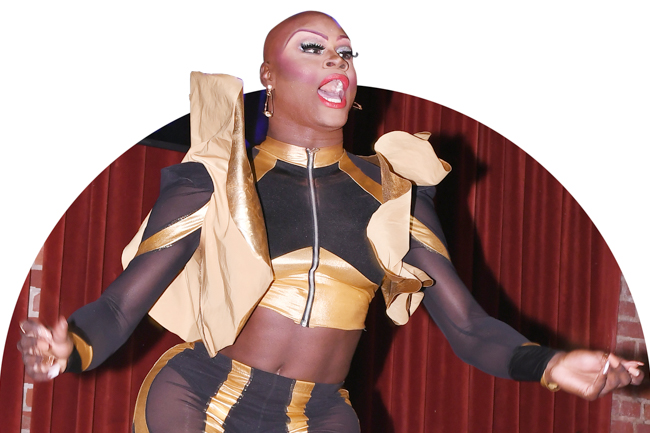 A new crop of queens going for broke on “RuPaul’s Drag Race” is only a day away. Yet again, Atlanta boasts not one, but two talented contestants in mix.

One of them is the energetic live-performance phenom LaLa Ri, aka LGBTQ Atlanta native LaRico Potts. The full-time queen started doing drag three years ago, so making the cast made her “overjoyed, ecstatic and nervous,” she told Project Q.

“RuPaul is a pure goddess that I believe honestly knows everything,” LaLa said about meeting the legend. “I could sit and listen to him all day because he has so much knowledge and wisdom.”

The 30-year-old expressed equal appreciation for other Atlanta queens with storied careers as well. That goes for her fellow Season 13 contestant, a multiple-title holder and glamour goddess with decades of experience in drag pageants.

“I am very happy to be representing my city with another Atlanta queen, Tamisha Iman,” LaLa said. “Two ATL girls in one season, go off!” 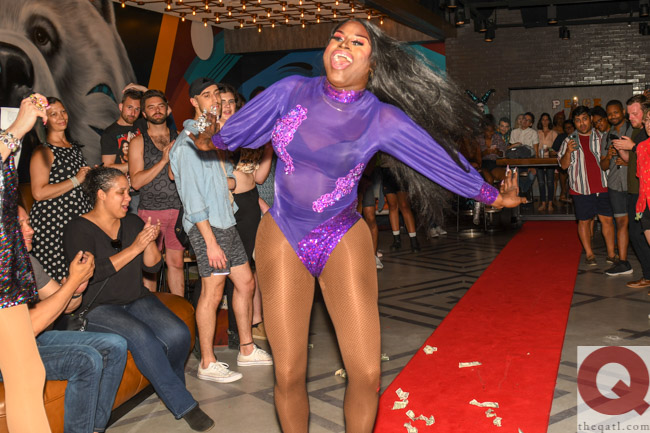 A little Bey, a little bawdy

LaLa also credited her local predecessors with bolstering her career, and for turning Atlanta into a breeding ground for both drag and “Drag Race.”

“I love the fact that the icons in this city that came before me don’t mind giving you the tips to succeed in this industry,” she said. “All of the talent shows we have here are great ways for new queens to learn the ropes and become polished.”

If you haven’t had the pleasure, Project Q caught LaLa in recent years as a performer in the Other Show, the Icon party series and Queerly Beloved Revue at My Sister’s Room, to name just a few. She has us clutching pearls regularly on her Instagram feed, too.

An exceptional dancer with moves and energy to spare, LaLa cites Beyonce as an inspiration, both in performance and work ethic. True to that aesthetic, LaLa can bring down the house if given the chance, she said.

“LaLa Ri is a showstopping showgirl,” the queen said of herself. “She is known for high-energy performances. She is sexy, but classy with a little ratchet side. She is the one serving you ‘bawdy!’”

Audience support for a broader diversity of queens would make Atlanta’s drag scene even better, according to LaLa. Still, she said she certainly can’t complain.

“The city has always been supportive of me,” she said. “I’m forever grateful.”

LaLa and Tamisha join a long list of Atlanta queens on “Drag Race.” Nina Bonina Brown made a mark on Season 9. Atlanta native and Savannah living Dax Exclamationpoint took an early exit in episode 2 of Season 8.

They followed Violet Chachki, who of course won Season 7. Trinity K. Bonet had an emotional journey all the way to the ninth episode of Season 6, which was then a record for Atlanta queens.