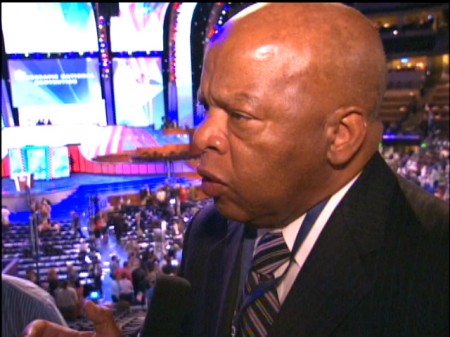 Only one member of Georgia’s 15-member Congressional delegation — Rep. John Lewis, a Democrat from Atlanta — scored a perfect 100 on a new report tracking their votes and sponsorships of gay and transgender issues. Six members of the state’s delegation received a score of zero.

The scores are part of the biennial scorecard from the Human Rights Campaign for the 110th Congress, which for the first time included both the Senate and House passing hate crime legislation that includes provisions for sexual orientation and gender identity. In the 110th Congress, senators increased their average score from 41.7 percent to 55.4 percent, while House members upped their scores from 40.5 percent to 47.9 percent.

“The lesbian, gay, bisexual and transgender community began the process of unraveling the damage of the last decade during this two-year Congressional session,” says Allison Herwitt, HRC’s legislative director. “The advancements made in this Congress on the Matthew Shepard Act, the Employment Non-Discrimination Act, domestic partner benefits for federal civilian employees and repeal of ‘Don’t Ask, Don’t Tell’ are critical building blocks upon which we will continue to educate Members of Congress on the importance of federal protections for LGBT Americans.”

Lewis scored a perfect 100 for the third consecutive time. Rep. Hank Johnson, a Democrat from DeKalb County who replaced a gay-friendly incumbent, scored 95, the second-highest among Georgia’s lawmakers. Rep. Sanford Bishop, also a Democrat, scored a 70, and Rep. David Scott, a Democrat, received a 55. Other House Democrats include John Barrow (25) and Jim Marshall (15).

Lewis and Johnson were among an elite group of gay-friendly lawmakers. Some 128 of 435 House members scored 90 percent or better on the HRC scorecard.

Among the seven House Republicans from Georgia, just one — Rep. Rom Price — scored anything other than zero. Price received a 10 for voting against a procedural motion that would have effectively killed the Local Law Enforcement Hate Crimes Prevention Act.

A trio of Republican House members from Georgia — Lynn Westmoreland, Paul Broun and Phil Gingrey — did not vote on several pieces of the legislation HRC used to rank members of Congress.

Sens. Saxby Chambliss and Johnny Isakson, both Republicans, improved their scores from zero to 20 during this session of Congress for voting in favor of the President’s Emergency Plan for AIDS Relief. The legislation includes a provision repealing a ban on HIV-positive visitors and immigrants.

Chambliss is in a competitive re-election campaign against Democrat Jim Martin, a gay-friendly former state lawmaker.

In the report, HRC cites several successes in the 110th Congress: