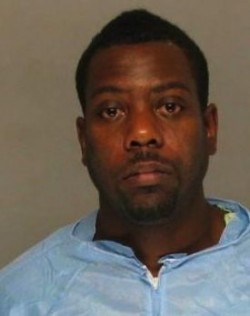 An HIV-positive band director in Southeast Georgia remains jailed after facing charges that he coerced a teenage male into sex four times in the last two months.

Travis Omari McCauley, 32, is charged with contributing to the delinquency of a minor, child molestation and reckless conduct by an HIV-infected person after the mother of the 15-year-old confronted the man, who is a longtime family friend. McCauley is an assistant band director with the CSRA All-Star Band in Richmond County, which includes the City of Augusta.

Sheriff’s investigators tell the Augusta Chronicle that the pair had sex four times on three occasions in the last two months. The teen’s mother, who apparently knew McCauley is HIV-positive, became concerned when she viewed text messages between McCauley and her son, authorities said.

The teen is a member of the band, which McCauley helped form in 2005. Sheriff’s investigators are seeking other people McCauley may have had sex with. He is being held without bond.

Friends of McCauley say he helped with many band programs and hope that the allegations don’t impact the CSRA All-Star Band.