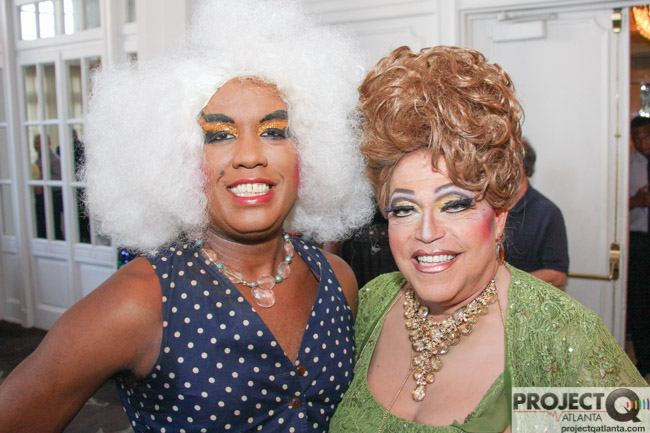 Everyone loves a winner. So Georgia Voice presented scores of them from across LGBT Atlanta on Thursday as it celebrated its Best of Atlanta award winners.

The media outlet unveiled the picks – culled from dozens of categories from Drag Queen to LGBT Nonprofit and Bar Food voted on by readers – during the party at the Georgian Terrace. Former radio host Melissa Carter – the first openly LGBT person on Atlanta airwaves – hosted the event, which also offered tasty treats and plenty of cocktails.

Winners included Jon Ossoff, the Democrat who embraced LGBT issues during a special election in Georgia's 6th Congressional District. He lost last month, but Georgia Voice readers awarded him best Politician. During a speech at the event, Ossoff blasted President Donald Trump and pledged to fight side-by-side with LGBT supporters. Ossoff was of several political types who attended the event, though the only one that was mobbed by LGBT fans. He's used to it. The candidates included mayoral candidates Peter Aman, Vincent Fort, Mary Norwood and Cathy Woolard, along with City Council candidates Bill Powell and Tyai Green.

The list of winners also includes us, Project Q Atlanta. Readers again named us Best LGBT Blog/Website as they have every year since the inception of the awards in 2010. We're humbled and thankful for the show of support. Not only did we get a framed award, Georgia Voice also offered this praise:

Project Q Atlanta was one of the first online destinations for LGBT Atlantans, and it remains one of the best. Part TMZ, part New York Times and part Playgirl, the website has attracted a devoted following over the past decade, and proven this project an unqualified success.

Check out the full list of winners in the print edition of the paper. They are likely to pop up here, too.