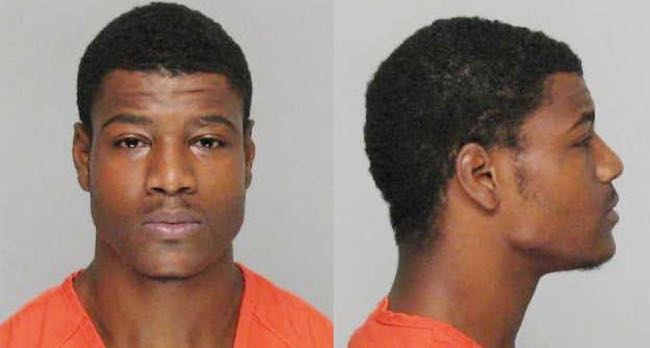 The Georgia Supreme Court unanimously upheld the murder conviction and life sentence for the man who lured an Augusta doctor to his home then strangled and beat him to death.

The court’s ruling on Monday confirms the 2016 conviction of Glenn Vincent Riggs (photos) in the murder and armed robbery of Dr. Charles Mann. In the Nov. 22, 2013 incident, Mann responded to a Craigslist ad that Riggs (photo) posted soliciting sex. Riggs told Mann to bring cash, a laptop and beer to his home, according to a court filing.

When Mann arrived, Riggs invited him inside and took him to the bedroom. Riggs went to the bathroom while Mann undressed. But when Riggs returned, he told Mann they weren’t going to have sex and to leave the cash, laptop and beer, according to the filing.

Mann turned to leave the room, and Riggs attacked him from behind, put him in a headlock, and choked him until he passed out. Riggs then beat Mann in the head with a 25-pound weight “to make sure that he was gone.”

Riggs went through Mann’s pockets then wrapped his body in bedsheets and placed it in the trunk of Mann’s car. Riggs drove the car to a bridge and dumped Mann’s body in the creek below, according to the filing.

Police found Mann’s body the following day, as well as an index card with directions to Riggs’ home and his phone number. The injuries to Mann’s body were widespread, according to the filing.

Mann had extensive injuries to his neck and head, including fractured vertebrae, a fractured hyoid bone and thyroid cartilage, petechial hemorrhages indicative of strangulation, and extensive blunt force trauma to the mouth, face, and head, including open wounds, displaced teeth, a fractured jaw, and broken facial bones. The medical examiner attributed the death to strangulation and blunt force head trauma.

Riggs was later arrested and confessed to killing Mann. At Riggs’ home, police found Mann’s blood as well as his clothing, watch and shoes in a trash can behind the house, according to the filing.

A jury convicted Riggs on all counts in October 2016 and the court sentenced him to life in prison without parole. Riggs filed a motion for a new trial that November, but a trial court denied the motion in September 2018. Riggs then appealed to the Georgia Supreme Court, claiming that there was an error in the trial court’s refusal to allow him to answer a question on re-direct examination and that he had ineffective counsel, according to the filing.

The court on Monday rejected all of Riggs’ appeal claims.